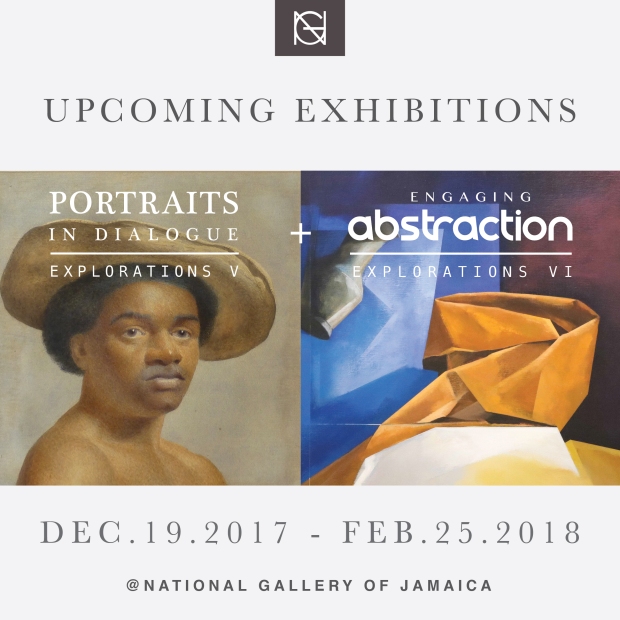 The National Gallery of Jamaica is pleased to present two new exhibitions – Explorations V: Portraits in Conversation and Explorations VI: Engaging Abstraction – which will be on view from December 9, 2017 to February 25, 2018. The Explorations series, which was launched in 2013, examines big themes and issues in Jamaican art, inviting conversation on these issues, and features mainly works from the National Collection.

Explorations V: Portraits in Conversation examines the significance and conflicted politics of artistic portraiture in the development of Jamaican art from the 18th century to the present, looking at issues such as race, class, gender, as well as the ideas about art and the artist that are reflected in the portrait. Examples of colonial era portraiture are contrasted with portraits and self-portraits from the Nationalist era that reflect its drive towards psychological decolonization and cultural self-representation. The exhibition also includes works by contemporary artists that illustrate how portraiture has been redefined and repositioned in response to recent social changes and cultural developments. Among the artists who are represented in this exhibition are: Alvin Marriott, Renee Cox, George Robertson, Albert Huie, Samere Tansley, Milton George, Isaac Mendes Belisario, Vera Alabaster, Berette Macaulay, Richmond Barthe, Mallica “Kapo” Reynolds, Olivia McGilchrist, Varun Baker, Robin Farqueharson, David Boxer, Pompeo Batoni, Barrington Watson, Mrs Lionel Lee, and Vermon “Howie” Grant. This exhibition is curated by Senior Curator, O’Neil Lawrence. 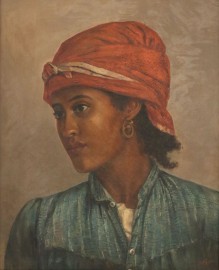 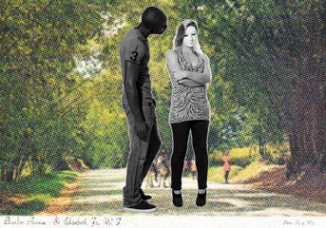 Explorations VI: Engaging Abstraction, on the other hand, examines the role of abstraction in modern and contemporary art from Jamaica and the Caribbean. Early modern art in the Caribbean region had a strong focus on thematic content, often with nationalist overtones, and this called for figurative modernism rather than abstraction. There was a reaction against this in the middle of the 20th century, when a number of artists began to experiment with abstraction, often challenging the nationalist premises of earlier artistic developments. More recently, abstraction has also found new life in the age of time-based, digital media. It also has a place in the popular culture, often related to belief systems such as Revival and Rastafari, which employ abstract symbols. The visual rhetoric of abstract art however continues to be challenging to many Jamaican viewers, who crave art that is more literal and presents a clear narrative, and abstraction is often dismissed as alien to Caribbean culture. This exhibition therefore also addresses the debates and contentions that have surrounded abstraction in the Jamaican and Caribbean context. It features work by artists such as Eugene Hyde, Hope Brooks, Milton Harley, Osmond Watson, Margaret Chen, Petrona Morrison, Karl Parboosingh, David Boxer, Gloria Escoffery, Seya Parboosingh, David Pinto, Fitz Harrack, Di-Andre Caprice Davis, Edna Manley, Stanford Watson, Leonard Daley, Vernon Tong, Everald Brown, and Winston Patrick. This exhibition is curated by Assistant Curator Monique Barnett-Davidson. 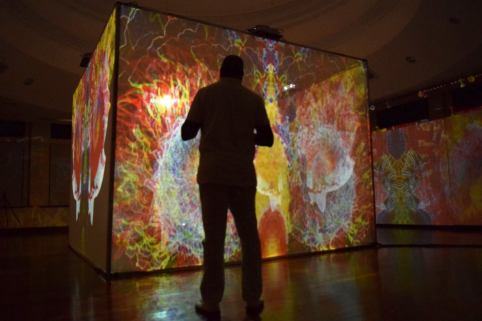 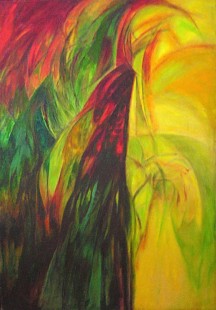 A special feature in the Explorations VI exhibition will be the Kingston staging of David Gumbs’ Xing Wang interactive video installation, which was originally shown as part of the 2017 Jamaica Biennial at National Gallery West in Montego Bay. David Gumbs is an artist from St Martin who lives and works in Martinique.

Several events will be held to accompany these exhibitions, including the Last Sundays programmes of December 31, 2017, January 28, 2018, and February 25, 2018. Details will be announced separately.