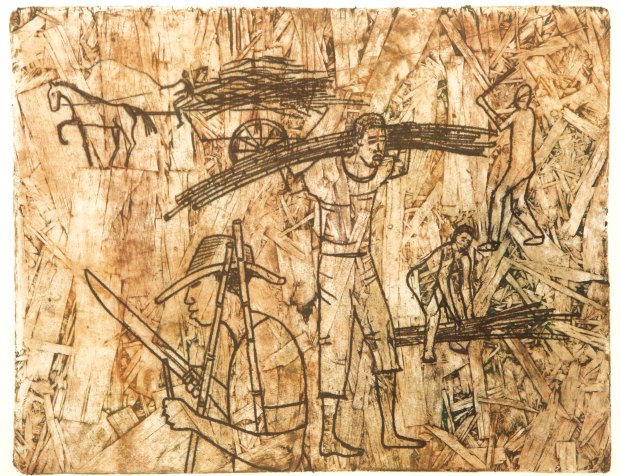 Another from our Jamaica Biennial 2017 archives:

Andy Jefferson was born in 1959, Ipswich, United Kingdom. He studied at the Plymouth College of Art and completed his BA in Fine Art Printmaking at the Exeter College of Art and Design in 1981. He has been active on the Jamaican art scene since 1984. Notable solo exhibitions have included 25 Years in Jamaica at the Pegasus Gallery (2007) and The Journey Continues at the Bolivar Gallery (2006), both in Kingston, and he has participated in National Gallery of Jamaica exhibitions such as Curator’s Eye III, Ceremony in Space and Sound (2008) and the National Biennial. Among other achievements, he has been awarded gold, silver and bronze medals for his entries in the Jamaica Cultural Development Commission’s (JCDC)’s National Visual Arts Exhibition and Competition. Jefferson is well-known as one of Jamaica’s principal printmakers. In recent times, he has extended his creative practice to include painting and sculpture. He is based in St Andrew, Jamaica. 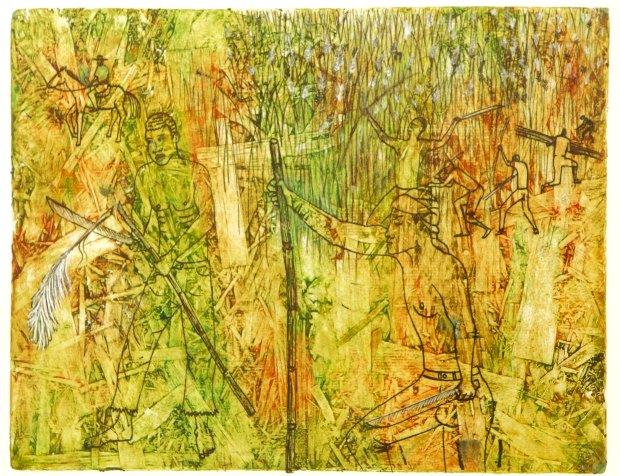