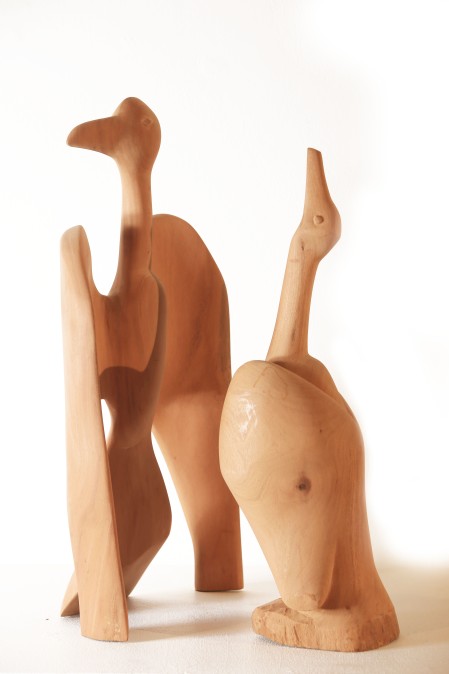 Derval Johnson was born in St Thomas, Jamaica in 1985. He is a self-taught artist previously associated with Roktowa in Downtown Kingston. There, he developed craft pieces in wood and alabaster for commercial enterprise. Representing the continuity of Jamaican folk art in the twenty-first century, his work was featured in the Jamaica Biennial 2014. Johnson lives in Kingston, Jamaica.