Bryan McFarlane was awarded the Institute of Jamaica’s Silver Musgrave medal in 2012 and, as has become customary, is honoured with a small tribute exhibition in the 2012 National Biennial. The following is the citation that was read as the Musgrave Award Ceremony at the Institute on October 10, 2012:

The Institute of Jamaica recognizes Professor Bryan McFarlane for outstanding merit in the field of Art.

Born in historic Moore Town, Portland, Bryan McFarlane’s artistic career began with his enrollment in the Jamaica School of Art, from where he graduated in 1976. He earned a Masters of Fine Art at the Massachusetts College of Art in 1983. Since then McFarlane has distinguished himself as a painter with an extensive local and international exhibition record and as a Professor of painting who has taught at prestigious tertiary institutions.

His Jamaican Maroon heritage has always been a foundational influence but McFarlane’s current work offers a broader, transnational perspective on history, place and transcendence in the postcolonial world, which is informed by his extensive travels to various parts of the Americas, Africa, Europe and Asia.  In his own words, “My current work deals much with the permanent and yet fleeting aspect of time. I see time as a mythical phenomena overlapping scientific and measured time. My work is about how arts and artifacts of diverse cultures have similar functions and meaning and yet may cause conflicts depending on personal and cultural perspectives. My work celebrates diverse cultures and their connectedness.”

McFarlane has exhibited at the Museum of Fine Arts in Boston, the Museum of the National Center of African American Artists, the Du Sable Museum in Chicago, the Sunshine International Museum at Shanghai University, the Ferry International Art Center in Beijing, the Federal University of Bahia in Brazil, and the Commonwealth Institute London. He is also a regular exhibitor at the National Gallery of Jamaica, which has several of his works in its collection. He is also represented in the collection of the Bank of Jamaica and at the Du Sable Museum in Chicago, the Federal Reserve Bank in Boston, the Jamaican High Commission in London, and Shanghai University.

McFarlane has been recognized with the Louis Comfort and Tiffany Foundation award in 1991 and a Gold medal from the Chinese Government for his entry in the Olympics Fine Arts Exhibition in Beijing in 2008.  He has received the Wolf Khan and Emily Mason Foundation Grant twice, in 2005 and 2011, and is currently part of the African American Master Artists in Residency Program at Northeastern University, Boston.

While Bryan McFarlane’s accolades have focused on his artistic achievements, he must also be recognized for his important contribution to art education at the tertiary level. He taught at his Alma Mater, the Jamaica School of Art, from 1977 to 1979 and still returns annually to what is now the Edna Manley College to serve as an External Examiner for final year students.  Overseas, McFarlane has taught at the College of the Holy Cross and the School of the Museum of Fine arts, both in Massachusetts, and at the Pont-Aven School of Contemporary Art in Brittany, France. He is currently Professor of Painting and Drawing at the University of Massachusetts at Dartmouth, where he has been a key figure in providing international students, including several Jamaican artists such as Omari Ra and Camille Chedda, the opportunity to benefit from the school’s programmes. 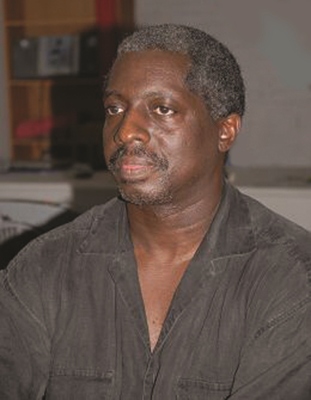 For his contribution to Art and Art Education, the Council of the Institute of Jamaica is pleased to award Professor Bryan McFarlane the Silver Musgrave Medal for outstanding merit in the field.