Michael Elliott’s contributions to the Jamaica Biennial 2017 can be viewed at the National Gallery of Jamaica on the Kingston Waterfront.

Michael Elliott was born in 1979, in Manchester, Jamaica. He attended the Edna Manley College of the Visual and Performing Arts where he attained a Diploma in Painting (2002). A regular exhibitor both locally and internationally, he was featured in the National Gallery of Jamaica’s acclaimed Young Talent V exhibition in 2010 and has participated in several National Biennials and the Jamaica Biennial 2014. Elliott is known for photo-based, hyper-realist still life paintings that explore socio-political issues in local and international affairs, often with biting sarcasm. He lives in St Andrew, Jamaica. 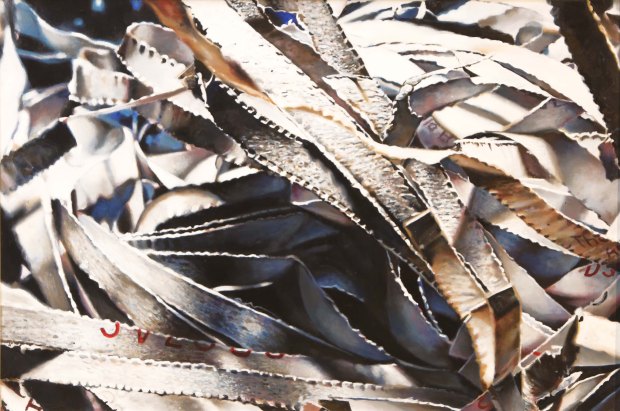