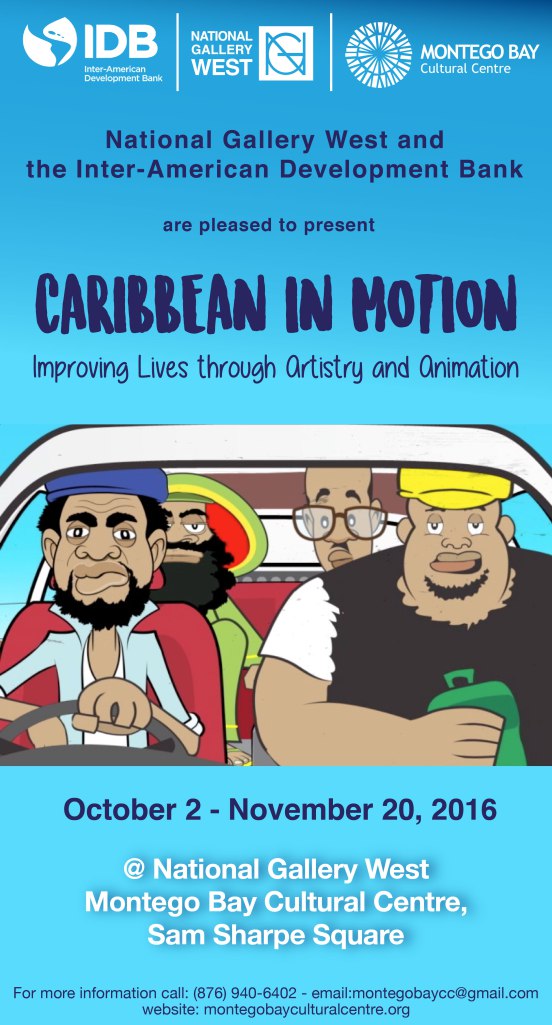 Caribbean in Motion was organized as a partnership between the IDB and the Animae Caribe Caribbean Animation Festival and earlier this year shown at the IDB Cultural Center in Washington, DC. The exhibition highlights some of the most captivating and imaginative animation and illustration in the Caribbean today, including works by Makesi Aquan, Danielle Blaize, Mathew Hudson, Alison Latchman, Anieph Latchman, Wendell McShine, Khia Poitier, Ansar Sattar, Steven Schmid and Marlo Scott. Caribbean in Motion explores the multifaceted social and economic benefits generated by…

The National Gallery of Jamaica is pleased to present the Michael Lester: A Montego Bay Artist exhibition, which will open at National Gallery West at the Montego Bay Cultural Centre on Sunday, July 24.
The exhibition comprises work by the Polish-born artist Michael Lester, who lived and worked in Montego Bay from 1953 until his death in 1972. He made the city, its people and its environs his main subject, in lyrical expressionist paintings that celebrated the beauty and unique character of Jamaica. Lester, whose birth name was Leszczynski, was a popular figure in the Montego Bay community and along with his wife Peggy ran the Lester Gallery, one of the first art galleries in the city. His work was supported by local art lovers and tourist visitors alike and is represented in many private, corporate and public collections, including the collection of the National Gallery of Jamaica. The… 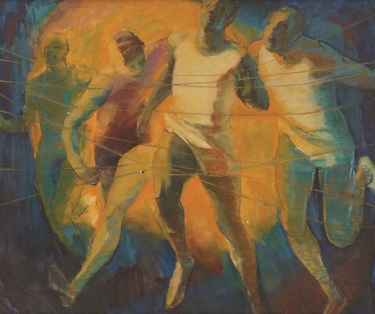 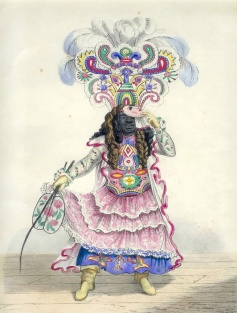 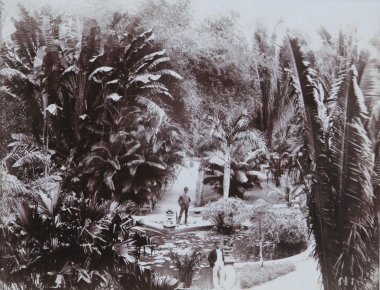 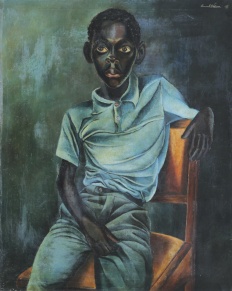 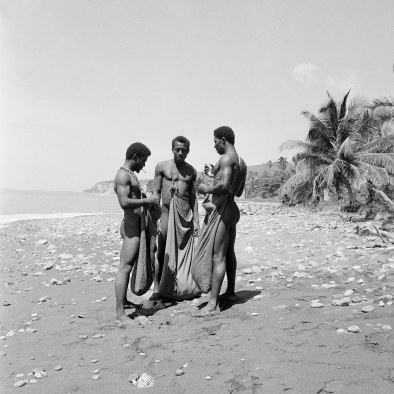 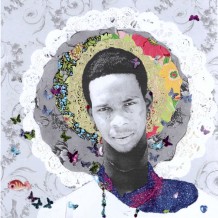 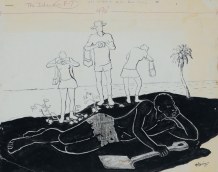 Masculinities explores how masculinities – and the use of the plural is deliberate – have been represented in Jamaican art and visual culture. In doing so, the exhibition also explores how various masculine roles and identities, and the perceptions that surround them, have evolved in the Jamaican context. The exhibition includes work by artists from the nineteenth century to the present, such as Isaac Mendes Belisario, Albert Huie, Osmond Watson, Barrington Watson, Rose Murray, Mallica “Kapo” Reynolds, Ebony G. Patterson, Leasho Johnson, Wade Rhoden… 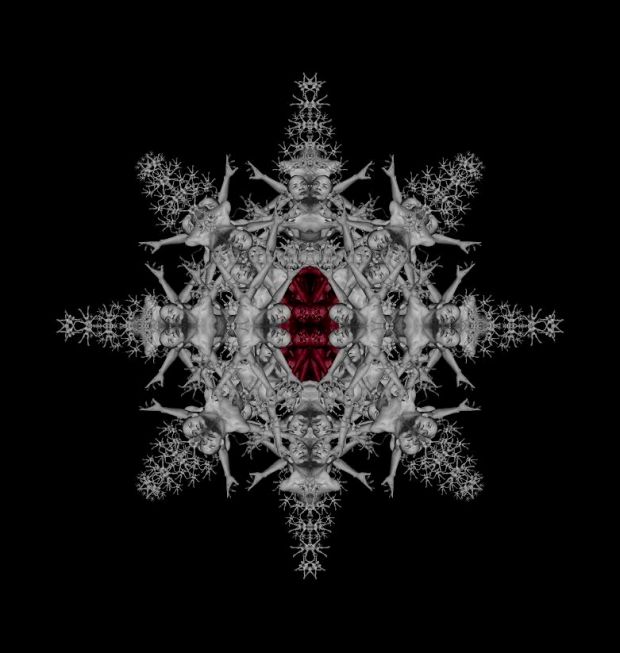 Work on the Jamaica Biennial 2014 continues apace and the selection of the juried section of the Biennial was completed on October 20. Judges Diana Nawi and Sara Hermann selected 65 works by 53 artists – entrants are being notified individually of the outcome or can call the NGJ at 922-1561 for more information. We are now receiving submissions by the invited artists, which close on November 7, after which we will announce the final list of participating artists. We are also working on the logistics with the six specially invited artists and now present the first of a three-part introduction to these artists and their projects, starting with Renee Cox and Richard Mark Rawlins. 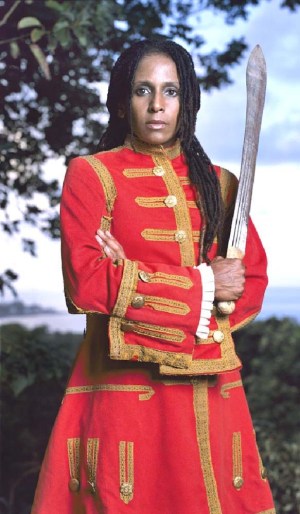 Renee Cox is a New York-based photographer and mixed media artist who is known for her seminal and at times controversial presentation of Afrofuturistic photography to the art world. She has also worked as a fashion photographer in Paris and New York.

Cox was born in Jamaica and moved to New York where she received a degree in Film Studies at Syracuse University. She has been featured in many museum exhibitions including the Spelman Museum of Fine Art (2013), the Wadsworth Athenaeum Museum of Art (2008), the Nasher Museum of Art at Duke (2006), the Brooklyn Museum (2001), the Institute of Contemporary Art (ICA) Boston (1996), and the Whitney Museum of American Art (1993), to name a few. Cox’s work was recently featured in the book and exhibition Pictures from Paradise: A Survey of Contemporary Carribean Photography, the exhibition as part of the Contact Photography Festival 2014 in Toronto, Canada.

Finding the inspiration for her work from her own life experiences, Renee Cox has used her own body in her photographs to represent her criticisms of society and to celebrate and empower women. Arguably her best known work is Yo Mama’s Last Supper, in which she recreated Leonardo Da Vinci’s Last Supper by featuring her nude self, sitting in for Jesus Christ and surrounded by all black disciples. When shown at the Brooklyn Museum in 2001, Yo Mama’s Last Supper incurred the wrath of Mayor Rudolph Giuliani and religious leaders in New York City but the work is now regarded as a classic example of contemporary photography and it has been referenced in scholarly publications and lectures around the world.

In 2006 Cox exhibited her series Queen Nanny of the Maroons at the National Gallery of Jamaica’s Biennial, where it was awarded the Aaron Matalon Award. The series drew from Cox’s Jamaican heritage and Cox took on the persona of a female resistance leader from the plantation period, Nanny of the Maroons, and other related female figures. One of the photographs from the Queen Nanny of the Maroons, Red Coat is now represented in the National Gallery of Jamaica’s collection and it has also has travelled to museums as part of the Caribbean: Crossroads of the World exhibition, including the Perez Art Museum Miami (2014), and the Studio Museum in Harlem (2012).

The Jamaica Biennial 2014 will feature a selection from Cox’s latest body of work, Sacred Geometry, which consists of digitally manipulated black and white portraits that display self-similar patterns. They are executed with precision, creating sculptural kaleidoscopes of the human body while exploring the power of symbols as elements of collective imagination. The inspiration for Cox’s new work comes from fractals, a mathematical concept centuries old and used by many ancient African cultures. Sacred Geometry has also been the result of Cox’s embrace of the digital world. Bridging the gap between the old and new technology has brought on new challenges and endless possibilities. Renee Cox’s biennial submission will be shown at National Gallery West. 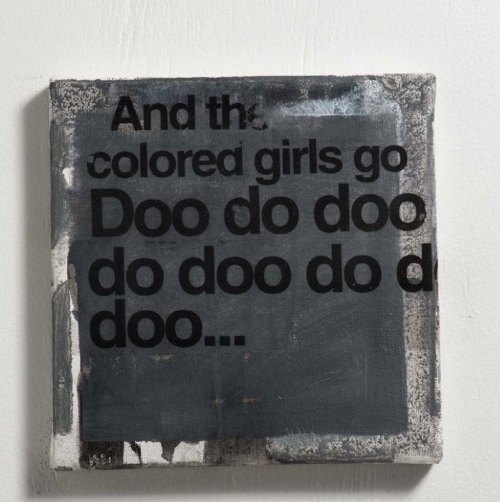 Richard Mark Rawlins is a graphic designer and contemporary artist who lives and works in Trinidad. He is the publisher of the online magazine Draconian Switch (www.artzpub.com), and collaborator in the Alice Yard contemporary art-space initiative. His most recent exhibition, STEUPPS (2013), took place at Medulla Art Gallery, Port of Spain, Trinidad. He has had several solo exhibitions in Trinidad and was a resident artist in Vermont Studio Center, Vermont, USA (2012). His work has also been exhibited at the Museum of Art and Design, New York (2010) and in Kingston, Jamaica (2012).

END_OF_DOCUMENT_TOKEN_TO_BE_REPLACED 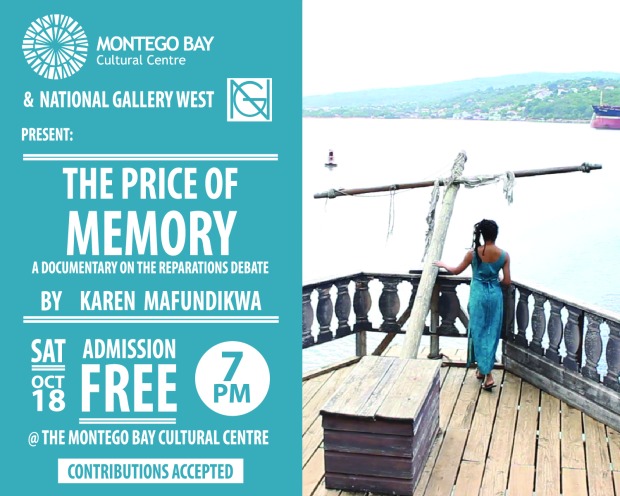 Filmed over the span of eleven years, ‘The Price of Memory’ explores the legacy of slavery in the UK and Jamaica and the initiatives and debates surrounding reparations. The film starts in 2002, with Queen Elizabeth II’s visit to Jamaica as part of her Golden Jubilee celebrations, when she is petitioned by a small group of Rastafari for slavery reparations. The film traces this petition and the first reparations lawsuit to be filed in Jamaica against the Queen, while interweaving stories of earlier Rastas who pursued reparations and repatriation in the 1960s. The filmmaker travels to the UK, exploring the cities which grew wealthy from slavery and the British monarchy’s legacy of slavery, and follows the debates about reparations in both the Jamaican and British parliaments. ‘The Price of Memory’ premiered at Pan African Film Festival 2014 in Los Angeles and was nominated for Best Documentary Feature at the upcoming Trinidad & Tobago Film Festival 2014 in late September. The Jamaican premiere was at UWI-Mona on September 7 and the film received a standing ovation from the capacity audience.

Karen Marks Mafundikwe is Jamaican filmmaker who originates from Montego Bay and the opening scene of ‘The Price of Memory’ is set on Sam Sharpe Square. She holds a BA in Broadcast Journalism and Anthropology from New York University and an MSc in International Development from the Tulane University School of Law. Mafundikwa is also credited with another  documentary feature ‘Shungu: The Resilience of a People’ (2009 which won the Ousmane Sembene Award at the Zanzibar International Film Festival 2010 and Best Documentary, Kenya International Film Festival 2010.

All interested persons are cordially invited to attend the Montego Bay premier of ‘The Price of Memory’ on October 18. This event also launches the National Gallery West/Montego Bay Cultural Centre film programme. 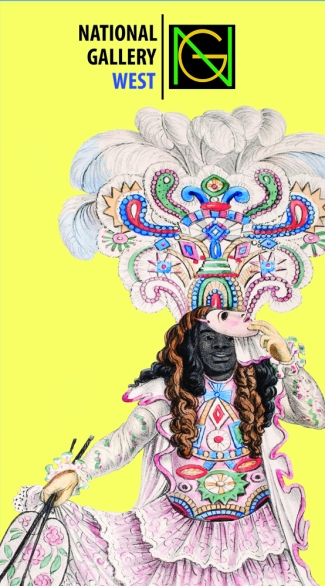 National Gallery West, which is located in the beautiful domed building at the back of the Montego Bay Cultural Centre complex, will offer four exhibitions per year. At least one of these will be curated specifically curated for National Gallery West, while most of the others will be related to exhibitions shown at the National Gallery of Jamaica in Kingston. Senior Curator O’Neil Lawrence has curatorial oversight over the exhibition programme. The inaugural exhibition, which will be on view from July 11 to August 331, 2014, is Religion and Spirituality in Jamaican Art, an abridged version of the Religion and Spirituality exhibition previously shown in Kingston, which features work by major Jamaican artists such as Carl Abrahams, Osmond Watson, Edna Manley, Albert Artwell, Everald and Clinton Brown, Eugene Hyde, Ralph Campbell, Mallica “Kapo” Reynolds, and Ebony G. Patterson.