Jodie Lyn-Kee-Chow (1975, Manchester, Jamaica) is an interdisciplinary artist with a BFA from New World School of the Arts, University of Florida, (1996) and an MFA from Hunter College, City University of New York (2006). Her work has been shown nationally and internationally and she frequently participates in performance art festivals held in the United States and Asia. Lyn-Kee-Chow was commissioned to present both visual arts and live performance in the landmark exhibition Jamaican Pulse: Art and Politics from Jamaica and the Diaspora (2016) at the Royal West Academy of England, Bristol, U.K., and participated in the National Gallery of Jamaica’s Digital (2016) exhibition. Lyn-Kee-Chow often explores performance and installation art, which draws from the nostalgia of her homeland, the commodified imagery of Caribbean primitivism, folklore, fantasy, consumerism, spirituality and nature’s ephemerality. She lives and works in Queens, NYC, and is a faculty member of the MFA program at the School of Visual Arts.

The main opening function of the Jamaica Biennial 2017 exhibition will take place at the National Gallery of Jamaica on the Kingston Waterfront on Sunday, February 26, starting at 1:30 pm. The keynote speaker will be the Hon. Olivia Grange, MP, Minister of Culture, Entertainment, Gender and Sport, and there will be several live performances by participating artists. Deejay Iset Sankofa will spin music.

With more than 160 works of art by more than 90 artists shown at three different locations—the National Gallery and Devon House in Kingston and National Gallery West in Montego Bay, the Jamaica Biennial 2017 is the largest such exhibition in the National Gallery’s history. It provides a dynamic and diverse overview of current art from Jamaica, elsewhere in the Caribbean and the Diaspora in all artistic media, including painting, sculpture, ceramics, textile and fibre art, photography, installation and new media. The exhibition has four components: special projects by international invitees; tribute exhibitions to two noted Jamaican artists; contributions by the artists who have invited status; and what was selected from the juried submissions—the latter two sections include artists who are born or based in Jamaica and artists of Jamaican descent who live elsewhere.

The resulting Jamaica Biennial 2017 offers a healthy and at times provocative mix of new, emerging and established artists, including recent graduates of the Edna Manley College such as Ziggie Graver and Kelley-Ann Lindo; artists who have never exhibited before such as Nathan Cunningham, who is self-taught; and as well as well-known artists such as Samere Tansley, Marlon James, Laura Facey, David Boxer, Deborah Anzinger, Prudence Lovell, Storm Saulter, Phillip Thomas, Bryan McFarlane, Petrona Morrison, Shoshanna Weinberger, Jasmine Thomas-Girvan and many others. The special projects are by Andrea Chung, David Gumbs, Nadia Huggins, Jodie Lyn-Kee-Chow, Raquel Paiewonsky, and Marcel Pinas—all of them artists with Caribbean roots or based in the Caribbean—while the two tribute exhibitions provide overviews of the work of Alexander Cooper and the late Peter Dean Rickards. 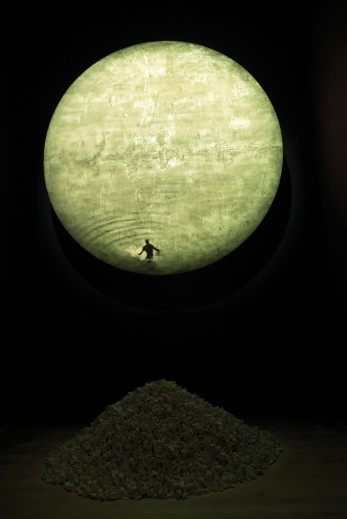