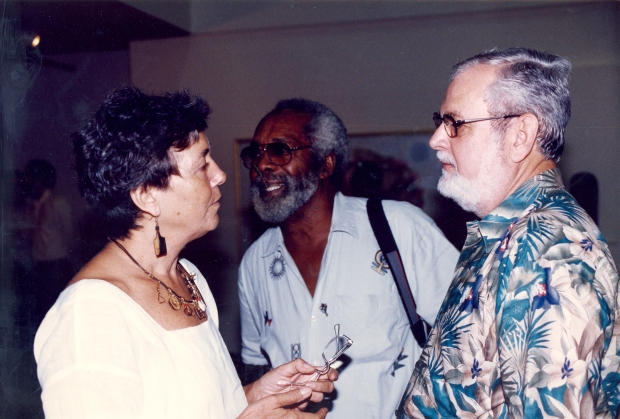 Annebella Proudlock (l), with Barrington Watson and Joseph Matalon at the NGJ in 1999

Annabella Proudlock was born in Wales and worked as a fashion model in London before she moved to Jamaica in 1966. She worked with Operation Friendship for many years, initially as a basic school teacher and later as a fundraiser who developed a line of products that included Christmas cards, notelets and calendars. The latter involved reproductions of Jamaican art and it is while working on these projects that she became closely associated with several artists, including Mallica “Kapo” Reynolds. She also started producing her popular Annabella Boxes –  handcrafted cedar boxes decorated with Jamaican art reproductions.

In 1980, Annabella acquired a 19th century manse, Harmony Hall in Tower Isle, St Mary, a building that dates from 1886 and was originally the “great house” of a small pimento plantation and later a Methodist rectory. Together with a team of friends that included future husband Peter Proudlock, Graham Davis, Ben Eales, and the artist Dawn Scott, who designed the beautiful fretwork, the building was restored and Harmony Hall gallery opened its doors in 1981. Harmony Hall was declared a national monument by the Jamaica National Heritage Trust in 2003. 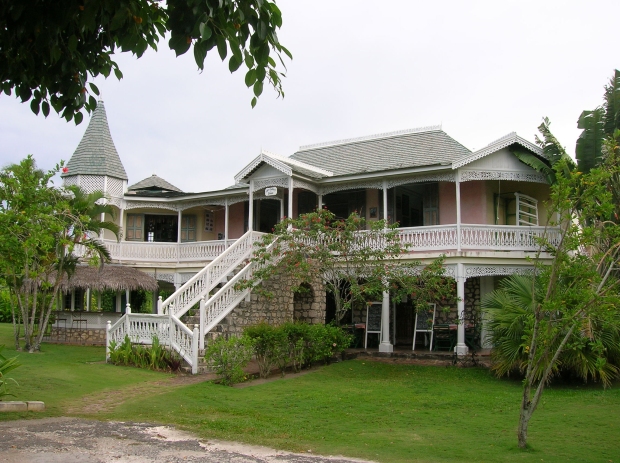 Harmony Hall represents a revolutionary gallery concept in the Jamaican context, with its strong focus on the self-taught Intuitive artists, its active involvement in craft development and its simultaneous engagement of tourist and local art audiences. The annual Harmony Hall Intuitives and craft fairs that were held at different times of the year were, and still are, much anticipated events on the local art calendar. These initiatives were spearheaded by Annabella, who worked closely with the artists and craft producers to develop and promote their work and to unearth new talent, and she received a Silver Musgrave Medal in 1992 for her “outstanding contribution to craft production.” Annabella was also an accomplished artist who is best known for her collages made from shells and other found objects. She had a solo exhibition of her work at Bolivar Gallery in 2013 and regularly exhibited in the National Gallery of Jamaica’s Biennial exhibition, most recently in 2012. END_OF_DOCUMENT_TOKEN_TO_BE_REPLACED