The National Gallery of Jamaica is pleased to present the panel discussion We Have Met Before, Revisited, which will take place at the National Gallery on Friday, October 13, 2017, starting at 1:45 pm. The discussion is presented as part of the Edna Manley College’s Rex Nettleford Arts Conference 2017, for which the National Gallery serves as a partner institution. The panel discussion will be chaired by Nicole Smythe-Johnson, Independent Curator. The panellists are: Moji Anderson, Lecturer, Sociology, Psychology and Social Work, Faculty of Social Sciences, UWI-Mona; Olayinka Jacobs-Bonnick, British Council Country Director, Jamaica; Leasho Johnson, Jamaican artist in We Have Met Before; and Herbie Miller, Director, Jamaica Music Museum, Institute of Jamaica.

The panel discussion is part of the programming for We Have Met Before, which on view at the National Gallery until November 4, 2017 and which is presented in collaboration with the British Council. The exhibition explores a group of contemporary and artistic interpretations of legacies of the Trans-Atlantic Slave Trade and chattel slavery in Jamaica and the wider Caribbean. Each of the four featured artists – Graham Fagen (Scotland), Joscelyn Gardner (Barbados), Leasho Johnson (Jamaica) and Ingrid Pollard (Guyana/England) – delves into archival material, popular culture and personal perspective to develop and substantiate visual iconographies that present actual and imagined narratives about the African enslaved and their descendants. Combined, their work invites new perspectives and dialogues on what is well-established subject in Caribbean art. We Have Met Before is presented in collaboration with the British Council.

END_OF_DOCUMENT_TOKEN_TO_BE_REPLACED 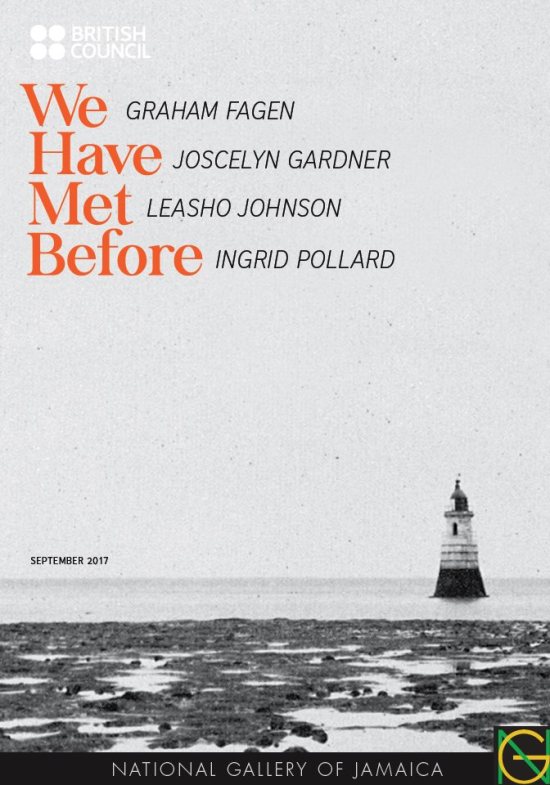 The exhibition We Have Met Before: Graham Fagen, Joscelyn Gardner, Leasho Johnson and Ingrid Pollard, a collaboration between the National Gallery of Jamaica and the British Council, is accompanied by an e-catalogue publication. This publication was edited by Melanie Archer and was designed by Kriston Chen. It contains commissioned essays by Tiffany Boyle and Shani Roper, along with forewords by Olayinka Jacobs-Bonnick, Annalee Davis and Juliet Dean, and Veerle Poupeye and O’Neil Lawrence. The We Have Met Before e-catalogue can be found here. The exhibition opens tonight at 6:30 pm and continues until November 4, 2017.

The National Gallery of Jamaica’s Last Sundays programme for September 24, 2017 will feature the Quilt Performing Arts Company. Visitors will also be able to view the We Have Met Before and the Annabella and Peter Proudlock Collection exhibitions.

The Quilt Performing Arts Company was born out of a need for a fresh, new, innovative way of creating performance art. Using Caribbean rhythms, merging poetry, music and dance, the Quilt performers have developed their own unique performance style and an evolving theatre technique. Artistic director Rayon Mclean and his team continue break boundaries and redefine performance spaces, and this time the women in the company will be quilting from their heART through music, poetry and dance. The show is called #POW- Patches of Women. This is Quilt’s third time at the National Gallery. END_OF_DOCUMENT_TOKEN_TO_BE_REPLACED

We Have Met Before opens at the National Gallery of Jamaica on September 22 and is staged in partnership with the British Council. The exhibition features Graham Fagen (Scotland), Joscelyn Gardner (Barbados/Canada), Ingrid Pollard (Guyana/UK), and Leasho Johnson (Jamaica) and revisits the challenging but important subject of trans-Atlantic slavery and its afterlives in the contemporary world, interpreted by four artists with distinctive perspectives.

As part of the accompanying programmes for We Have Met Before, the National Gallery of the Jamaica and the British Council will present a panel discussion on the issues raised by the exhibition on Saturday, September 23, starting at 1:30 pm. The panel will consist of three of the artists in the exhibition, Graham Fagen, Joscelyn Gardner and Ingrid Pollard, while Deborah Anzinger will speak about Leasho Johnson’s work. The panel will be moderated by Shani Roper, acting Director/Curator of Liberty Hall, the Legacy of Marcus Garvey.

The panel discussion, which will take place at the National Gallery of Jamaica, is free and open to the public and those in attendance will also have the opportunity to view the exhibition, which continues until November 4, 2017.

We Have Met Before, which opens on September 22 and continues until November 4, is staged in partnership with the British Council. The works selected for this exhibition represent a conversation on the histories of Slavery, the Transatlantic trade, and its present-day implications. Graham Fagen is one of the four artists featured.

Graham Fagen, who was born in Scotland in 1966, studied at the Glasgow School of Art (1984-1988, BA Hons) and the Kent Institute of Art and Design (1989-1990, MA). He is Professor of Fine Art at Duncan of Jordanstone College of Art & Design in Dundee. He has exhibited internationally and in 2015 he was selected to represent Scotland at the 56th Venice Biennale. He lives in Glasgow, Scotland.

Graham Fagen is represented by a multi-channel video and sound installation The Slave’s Lament, which was also shown at the 2015 Venice Biennale. The work is based on a 1792 song written by Scotland’s national poet Robert Burns, in which an enslaved man in Virginia expresses his longing for his distant homeland of Senegal. Burns himself had been contracted to work as a book-keeper at a plantation in Jamaica several years before he wrote the song but never actually departed Scotland and his attitude towards slavery appears to have been ambivalent, caught between complicity and revulsion. In Fagen’s interpretation, The Slave’s Lament is performed by the reggae singer Ghetto Priest, a Rastafari, and this brings home the song’s uncanny resonance with the lyrics of exile in classic reggae. Fagen’s work also acknowledges the Scottish involvement in plantation slavery in the Americas, which may be relatively well-known in the Caribbean but is still part of the unacknowledged histories of Scotland. END_OF_DOCUMENT_TOKEN_TO_BE_REPLACED 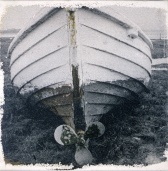 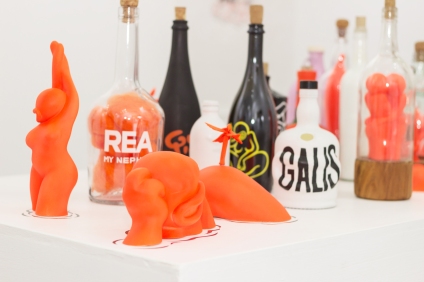 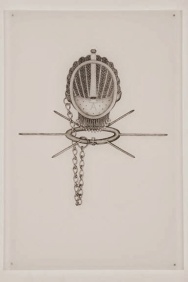 We have met before. Four centuries separate our first meeting when Prospero was graced with the role of thief, merchant and man of God. Our hero was ‘the right worshipfull and valiant night Sir John Haukins, sometimes treasurer of her Majesties navie Roial’; and it is his first Voyage in search of human merchandise.

We Have Met Before, which will be on view at the NGJ from September 22 to November 4, reflects on the question of historical forgetfulness and the capacity of art to unearth and to shed new light on what is forgotten or supressed. The four artists—Graham Fagen from Scotland, Joscelyn Gardner from Barbados and Canada, Leasho Johnson from Jamaica and Ingrid Pollard from Guyana and England— and the works selected for this exhibition represent a conversation on the histories of Slavery, the Transatlantic trade, and its present-day implications. Each artist brings a distinctive perspective to this subject area, with work that was created in different locales, different media, from different experiences, and at different points in time.

These subjects are of course not new and commonly appear in modern and contemporary art from the Caribbean and its Diaspora, as well as in other art forms such as dance, drama, literature and music. In Jamaica, the subjects hold a central position in Garvey and Rastafari culture, which has produced a recognizable African Zionist iconography that is prominent in the popular visual culture and the visual arts. The histories of slavery have been very contentious as a subject area in Caribbean art and this is particularly pronounced in public art, as was best illustrated by the intense controversy about Laura Facey’s Redemption Song (2003), Jamaica’s de facto Emancipation monument. This controversy raised many questions about the representational choices and the equally contentious issue of who can legitimately speak about this subject.

We Have Met Before revisits this complex and contentious territory, and acknowledges that much has been suppressed and left unsaid, especially by the former colonizers. The exhibition argues that the subject area needs to be approached as part of an ongoing conversation, in which there is no final word and in which it must be possible for various perspectives to be expressed. The resulting conversations may be difficult but they are necessary, as they are central to the histories that have shaped and continue to shape the contemporary Caribbean world, and it is hoped that this exhibition will contribute to this process. END_OF_DOCUMENT_TOKEN_TO_BE_REPLACED