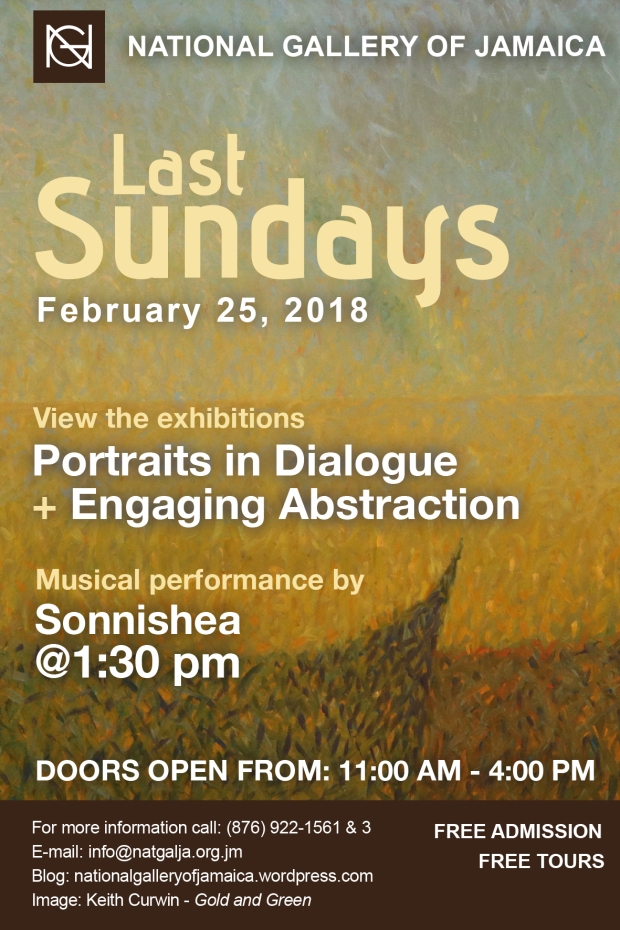 The National Gallery of Jamaica’s Last Sundays programming for February will feature a musical performance by Sonnette McKenzie, known to the musical fraternity as Sonnishea. The exhibitions Explorations V: Portraits in Dialogue and Exploration VI: Engaging Abstraction will also be on view.

February 25 will also mark the reopening of the National Gallery of Jamaica’s  A.D. Scott Collection. Ainsworth David Scott O.D. (A.D. Scott) was a steadfast collector of Jamaican art. He founded the Olympia International Art Centre and played a pivotal role in the formalization of the National Gallery through service as both the board director and as a benefactor. A.D. Scott believed strongly in the inclusion of art in business and that the visual arts could further cultural development. The works in this collection offer insight into the Post-Independence Jamaican Art Movement and the works on display are a selection of the  sixty-two donated to the National Gallery  from his personal collection . Some of the artists included in the collection are Carl Abrahams, Albert Huie, Eugene Hyde, Alvin Marriott, Karl Parboosingh and Barrington Watson. 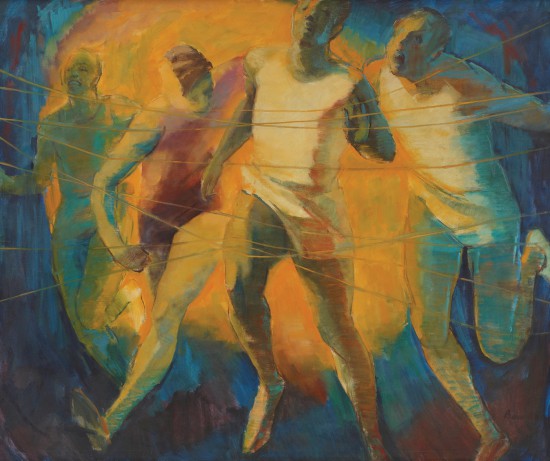 This Sunday’s performer, Sonnishea, is a talented singer, songwriter and poet, whose love of music spans multiple genres. She began singing at the age of five on the children’s choir of her local church, of which her parents were the directors. She was part of Glenmuir High School’s winning Junior Festival Choir in 2005 and 2007 and went on to sing lead in several performances of the Glenmuir Choir. Sonnishea then joined The Quilt Performing Arts Company where she was provided a platform to not only expand her talents but to touch a multitude of audiences. She is now a member of the UWI Classical and Jazz Ensemble and has performed in their 2016 and 2017 season shows. This Last Sunday opening will mark Sonnishea’s debut as an independent performer and she looks forward to where this new path may lead her. 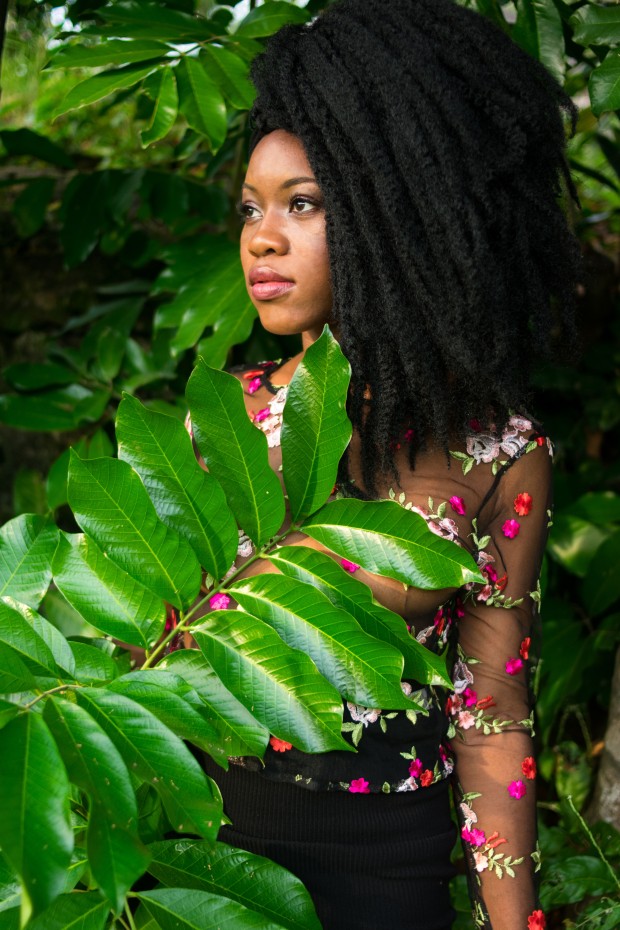 Doors will be open to the public from 11:00 am to 4:00 pm; Sonnishea’s performance will begin at 1:30 p.m and, as is customary on Last Sundays, admission and guided tours are free. The Gift Shop and Coffee Shop will be open for business, with food, drink and unique locally made items for purchase. There is a donations box and any contributions will be appreciated. Donations are used to help fund exhibitions and programmes such as our Explorations series and Last Sundays events.