The National Gallery of Jamaica (NGJ) wishes to reflect on the passing of one of Jamaica’s leading art collectors and businessmen, Wallace Ransford Campbell. Campbell began his formal education at the Central Branch School and then moved on to the Excelsior College. He also attended Bowling Green State University in the United States of America, after being awarded a scholarship to study at the institution.

A veteran and influencer in the Jamaican business community, Campbell was known as a “marketing guru” by his peers for his wit and passion in the field. Admired for his tenacity, Campbell’s marketing acumen led him to become the General Director of Grace Kennedy’s Merchandise Division in 1974. By 1976, he took the risk of leaving the company to purchase and begin operating the Lenn Happ supermarket, which he operated successfully for nearly 30 years before retiring from that enterprise in 2004. An active member of the United Congregation of Israelites and the Synagogue Trust Ltd (The Dictionary of Jamaican Personalities, 8th Edition); he also played a significant role in the Edna Manley Foundation, the Foundation for the Arts and the local Lay Magistrate Association among many other organizations. Campbell served as a member of the NGJ Board of Directors from 1992 to 2011.

His interest in the visual arts (specifically painting) began in his youth. “From I was six, I started painting and drawing comic strips, cowboy characters like the Lone Ranger… In 1956, my best painting was of Egypt’s President Nasser which was entered in the Denham Shield School art competition” (Interview with O’Neil Lawrence and Roxanne Silent February 8, 2019, hereafter Wallace Campbell interview). 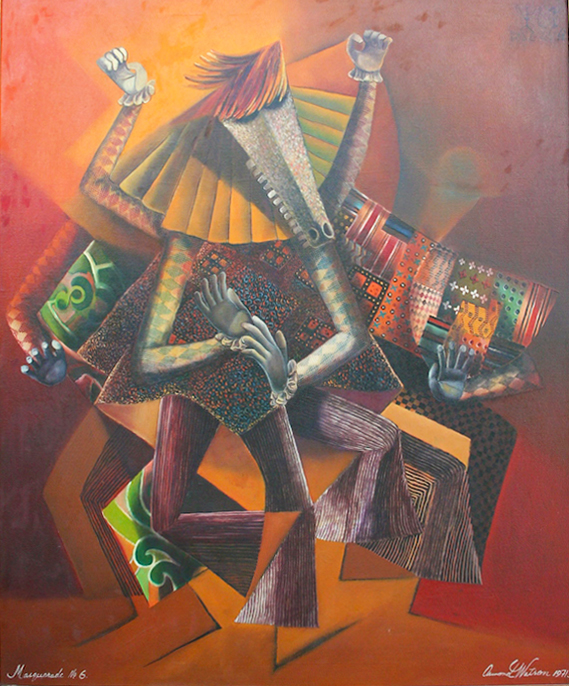 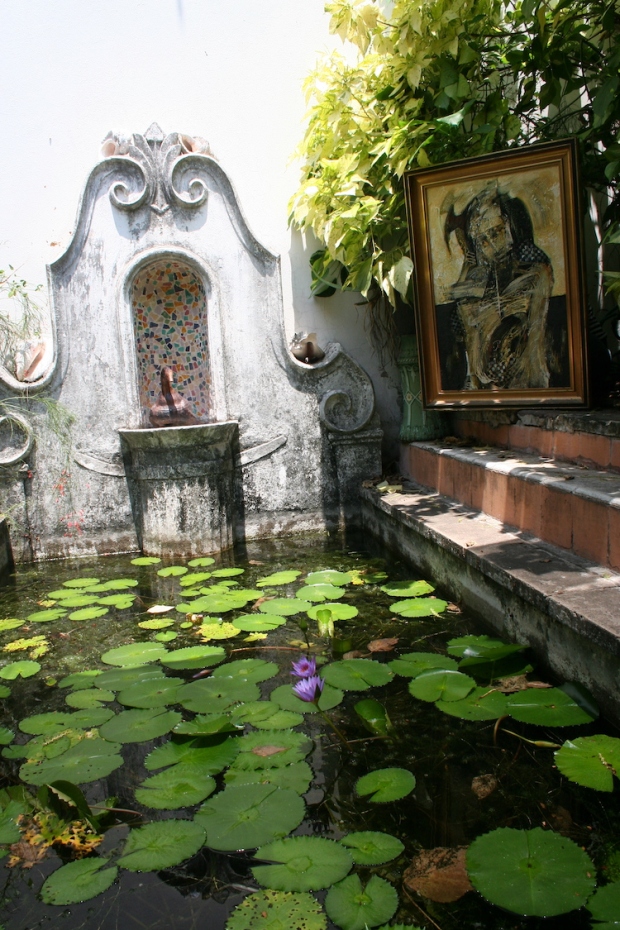 Through his friendship with art historian and former Chief Curator of the NGJ the late Dr David Boxer, Campbell established a relationship with the Gallery and its curatorial staff that deepened his understanding of Jamaican art historical information, through the exhibitions and research programmes, alongside the general exchange of ideas (Wallace Campbell interview).  Campbell was a generous lender to several of the institution’s key exhibitions including Art and Emancipation in Jamaica: Isaac Mendes Belisario and his Worlds (2007), Materialising Slavery (2007), the Barrington Watson Retrospective (2012), and John Dunkley: Neither Day nor Night (2017). Always motivated to conduct independent research into Jamaican and Caribbean art historical information, Campbell systematically acquired artworks that demonstrated in some way the history of Jamaican art. One of his aspirations was the development of a ‘Museum of Caribbean Art’, within which he intended to include: an exploration of the topographical traditions of the eighteenth and nineteenth-century Jamaica; a broadening of the concept of Jamaican Art through an examination of all twentieth-century artists who came to the island from abroad and finally, the incorporation of artists from other Caribbean territories such as Cuba and Haiti. He had also extended the geographical focus of his private collection to include works from artists from outside of the Caribbean, such as those based in London and New York. To that end, he had acquired the home of well-known art patron and Art Deco furniture designer Burnett Webster on Seaview Avenue. Dubbed Seaview Fine Arts, this private gallery served as the venue for several exhibitions focusing on aspects of his collection as well as the works of contemporary Jamaican artists.

George Roberston – View of the Island of Jamaica, Springhead of Roaring River, 1777 (Credit: The Jamaican Magazine)

His understanding of the value of giving back to society was demonstrated by his willingness to use his art collection in support of events geared towards community development; a remarkable example of the phrase “being empowered to empower others.” In 1996, he donated 100 works of art from his private collection to be featured at the Art and Orchid Exhibition hosted by the District Grand Lodge of Jamaica (B.C.), held at the Pegasus Hotel in aid of the South St. Catherine Community Project. For Campbell, the business of art collecting was an important investment for the future. He believed that young art collectors should aspire to be informed, develop a trained eye and seek advice from professionals in the field. He also felt that all art collectors should develop a relationship with the artists as collecting art was “…more than a hobby, [it is] a way of life that can give you immense pleasure” (Wallace Campbell interview). In 2013, he was awarded the Order of Distinction in the Rank of Commander Class (CD), for “Outstanding Contribution to the Private Sector [and] the Promotion of the Arts,” by the Government of Jamaica.

The NGJ’s Board of Directors, management and staff, recognizes Wallace Campbell as an outstanding and accomplished Jamaican, for his work in preserving aspects of Jamaican art history, as well as for his patronage and promotion of the Jamaican arts.