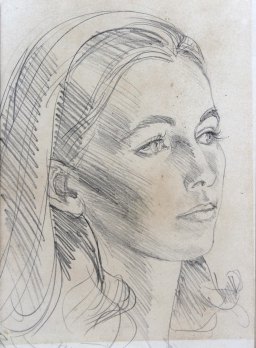 Annabella McCartney for Silhouette in Jamaica, 1966 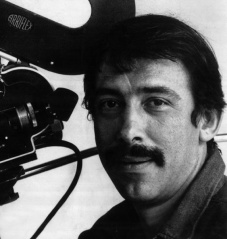 The Annabella and Peter Proudlock Collection exhibition opened yesterday July 30 and continues until November 4. Here is our second post on the subject:

Perhaps the most personal works in a collection are those that hold sentimental value or depict moments in the lives of the collectors themselves. This first gallery contains drawings depicting Annabella, Sebastian and Jessica Ogden by David Ogden’s sister Angela Landels (who was a well-known fashion illustrator); a bust of David Ogden by Valerie Bloomfield; and a portrait of Annabella and Peter Proudlock on their wedding day by Anghelen Arrington Phillips.

Annabella’s own collages can also be regarded as portraits, or rather as self-portraits: they signal her affinity to the sea, which she lived by for the majority of her life in Jamaica, but also the need to create, which continued throughout her life with all her endeavours.

Annabella’s now iconic boxes were built initially by past students from her days working with Operation Friendship and decorated by Annabella, but would later feature the work of artists ranging from Mallica ‘Kapo’ Reynolds to Harmony Hall partner Graham Davis. First produced after the death of her first husband David Ogden as a way to support her young family, the evolution of the Annabella boxes presents a vivid portrait of the relationships with various artists and craft makers that were nurtured and supported by Annabella.