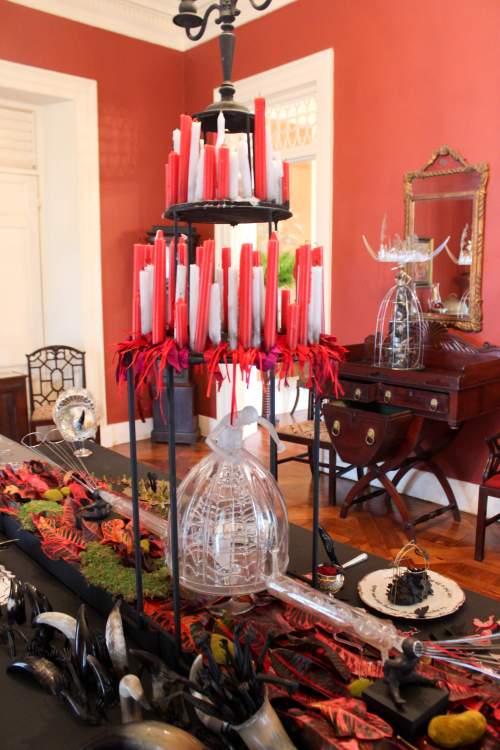 Jasmine Thomas-Girvan was the recipient of the Aaron Matalon Award in the recently closed Jamaica Biennial 2017. Her two installations were on view at Devon House.

Jasmine Thomas-Girvan was born in 1961, in St Andrew, Jamaica. Thomas-Girvan attended the Parsons School of Design in New York, where she received a BFA in Jewellery and Textile Design. While she is still best known as a jeweller, Jasmine’s recent work has moved into the realm of larger mixed media sculpture and installations that evoke poetically the epic histories of the Caribbean. Thomas-Girvan has exhibited in the USA, Jamaica, Trinidad, Venezuela and Mexico. Her awards include the Tiffany Award for Excellence at Parsons, the Prime Minister of Jamaica’s Certificate of Recognition, the Commonwealth Foundation Arts award in 1996, the Aaron Matalon Award for her contribution to the NGJ’s 2012 National Biennial, and the 2014 Silver Musgrave Medal of the Institute of Jamaica. Thomas-Girvan lives in Maraval, Trinidad. 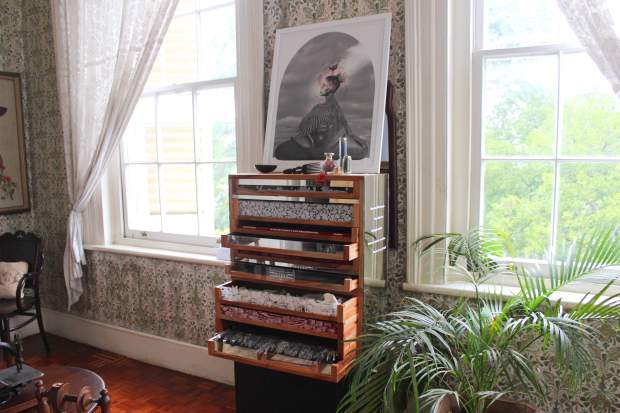