The main opening function of the Jamaica Biennial 2017 exhibition will take place at the National Gallery of Jamaica on the Kingston Waterfront on Sunday, February 26, starting at 1:30 pm. The keynote speaker will be the Hon. Olivia Grange, MP, Minister of Culture, Entertainment, Gender and Sport, and there will be several live performances by participating artists. Deejay Iset Sankofa will spin music.

With more than 160 works of art by more than 90 artists shown at three different locations—the National Gallery and Devon House in Kingston and National Gallery West in Montego Bay, the Jamaica Biennial 2017 is the largest such exhibition in the National Gallery’s history. It provides a dynamic and diverse overview of current art from Jamaica, elsewhere in the Caribbean and the Diaspora in all artistic media, including painting, sculpture, ceramics, textile and fibre art, photography, installation and new media. The exhibition has four components: special projects by international invitees; tribute exhibitions to two noted Jamaican artists; contributions by the artists who have invited status; and what was selected from the juried submissions—the latter two sections include artists who are born or based in Jamaica and artists of Jamaican descent who live elsewhere.

The resulting Jamaica Biennial 2017 offers a healthy and at times provocative mix of new, emerging and established artists, including recent graduates of the Edna Manley College such as Ziggie Graver and Kelley-Ann Lindo; artists who have never exhibited before such as Nathan Cunningham, who is self-taught; and as well as well-known artists such as Samere Tansley, Marlon James, Laura Facey, David Boxer, Deborah Anzinger, Prudence Lovell, Storm Saulter, Phillip Thomas, Bryan McFarlane, Petrona Morrison, Shoshanna Weinberger, Jasmine Thomas-Girvan and many others. The special projects are by Andrea Chung, David Gumbs, Nadia Huggins, Jodie Lyn-Kee-Chow, Raquel Paiewonsky, and Marcel Pinas—all of them artists with Caribbean roots or based in the Caribbean—while the two tribute exhibitions provide overviews of the work of Alexander Cooper and the late Peter Dean Rickards. 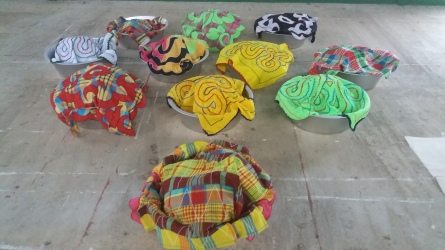 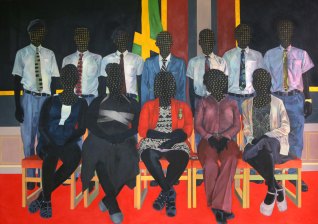 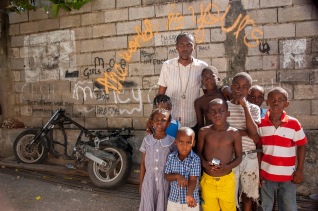 With the exception of the tribute exhibitions, which are displayed in their own spaces, and David Gumbs’ large interactive video installation Xing-Wang, which is the sole exhibit at National Gallery West, all other works in the Jamaica Biennial 2017 are brought into dialogue with each other in the exhibition installation, without making any distinction between special project, invited or juried and the entire exhibition is designed to encourage visitor engagement and conversation. The Biennial has no imposed theme but the submissions illustrate the extent to which the politics of race, culture, displacement, gender, and the body remain at the forefront of art in and from the Caribbean.

The Jamaica Biennial 2017 is part the National Gallery’s recent efforts to give its exhibitions and Jamaican art greater international visibility and the exhibition is already attracting international attention with more to come in the near future. The National Gallery gratefully acknowledges the pro bono international PR provided by Susan Grant Lewin Associates, a New York City based PR firm specialized in art, design and architecture.

The main opening event of the Jamaica Biennial 2017 on February 26 is free and open to the public and the National Gallery doors will be open from 11 am to 4 pm on that day.  There will also be a public opening function on Friday, February 24, at 7 pm at National Gallery West in Montego Bay (which will be the subject of a separate press release.) The Biennial will continue at all three locations until May 28 and other Biennial events, such as panel discussions, lectures, workshops, film screenings and special performances, will be announced separately, some of them to be staged as part of the National Gallery’s Last Sundays programme.