Another feature on one of the artists in Digital, which opens on Sunday, April 24:

Di-Andre Caprice Davis was born in Kingston, Jamaica. She is a self-described “intuitive experimental artist” exploring new media technologies. Notable exhibitions include the National Gallery of Jamaica’s Jamaica Biennial 2014 as well as Trajectories (2014), which was hosted by multi-national law firm, Myers Fletcher and Gordon. She also participated in the exhibition Canopy Guild which was organized by New Local Space (NLS) also in the same year. Most recently, she was a selected exhibitor in the NGJ’s Young Talent 2015 exhibition. She lives and works in Kingston. 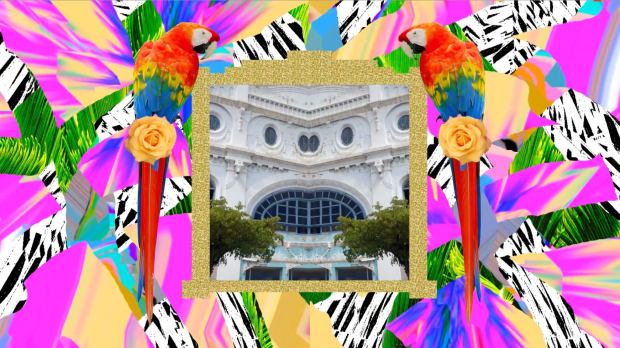 “My current explorations seek to compare and contrast the ways in which the human brain perceives, processes and interprets visual imagery gathered from everyday experiences, with imagery that is generated solely through the use of digital technology, for example, images created through video-editing application and computer graphics software.”

“By gathering raw footage of objects, environments and people, then editing this footage to include psychedelic colours and movements juxtaposed within, it is hoped that the viewer will reconsider the degree to which visual perception can border between the natural and the synthetic.”