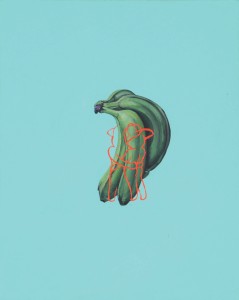 Leasho Johnson – Me and the Monkey Man (Hugging Up) (2013), Private Collection 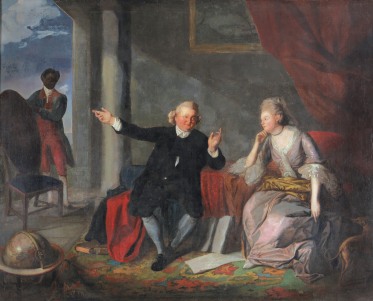 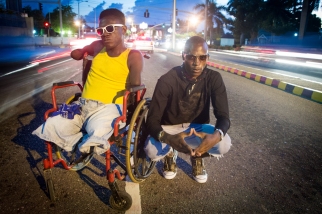 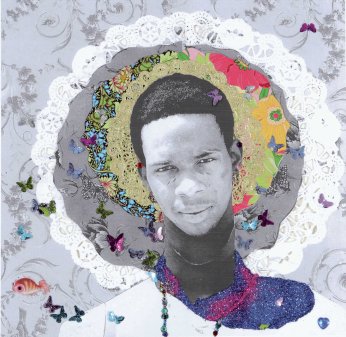 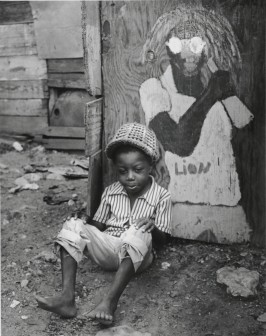 As is customary, we will be posting the text panels we have produced for the Masculinities exhibition, starting with this general introduction.

Masculinities is the fourth in the National Gallery’s Explorations series, which has thus far featured Natural Histories (2013), Religion and Spirituality (2013-14) and, most recently, Seven Women Artists (2015). The Explorations series, which is open-ended by design, examines big themes and issues in the history of art and culture in Jamaica and invites our audiences to be part of that process, by asking questions and by encouraging debate rather than to prescribe answers. Explorations IV explores how masculinities – and the use of the plural is deliberate – have been represented in Jamaican art and visual culture, from the Plantation era to the present. In doing so, the exhibition also explores how masculine roles and identities, and the perceptions that surround them, have evolved in the Jamaican context.

The biological facts of maleness may seem straightforward (although these are in fact quite complicated) but sociologists have argued that the gender status of masculinity is precarious, since “manhood is widely viewed as a status that is elusive (it must be earned) and tenuous (it must be demonstrated repeatedly through actions)” (Bosson and Vandello 2011). It is now widely understood that conceptions of masculinity are socially negotiated and performative, as are gender roles and definitions generally, and the feminist philosopher Judith Butler has argued: “gender is a kind of imitation for which there is no original; in fact, it is a kind of imitation that produces the very notion of the original as an effect and consequence of the imitation itself.” Conceptions of masculinity vary significantly over time, place and socio-cultural context, in ways that defy fixed definitions and simplistic male-female binaries. Even what is considered as normative masculinity in a particular context has far more complexity than is usually acknowledged. Masculinity is thus subject to variable and competing interpretations and in the postcolonial Caribbean these contrary dynamics are amplified by the histories of race and class.

The Masculinities exhibition explores how these issues are (at times inadvertently) expressed and represented in Jamaican art, in works of art that have iconic status but also in others that are less known. The exhibition is organized over six galleries and into eight overlapping themes: “Sexual Bodies”; “Beyond the Normative”; “Power and Status”; “The Male Body as Icon”; “Precarious Masculinities”; “The Athlete and the Worker”; “Style and Fashion”; and “Fathers, Brothers and Sons.” Since the exhibition explores how masculinities are represented in Jamaican art, its main focus is on black masculinities and, therefore, the contentions that surround the black male body, whether it is as a site of resistance, empowerment, victimization or exploitation, or a combination thereof. The exhibition is thus as much about race as it is about gender.

By virtue of the subject, Masculinities includes a few works of art with sexual content and we have attached a “PG 16” caution to Gallery 1, which features the “Sexual Bodies” and “Beyond the Normative” themes. Parents and guardians are asked to use their discretion about whether and how the minors in their care should visit this section of the exhibition and our Education Department is available to provide guidance where needed. We however hope that all parts of this exhibition will generate respectful, insightful and productive debate on what is, after all, a subject of major social urgency in contemporary Jamaica, in light of the debates about the “crisis of masculinity” with regards to father roles; domestic and sexual abuse; crime and violence; sexual and gender diversity; and feminism and female empowerment.