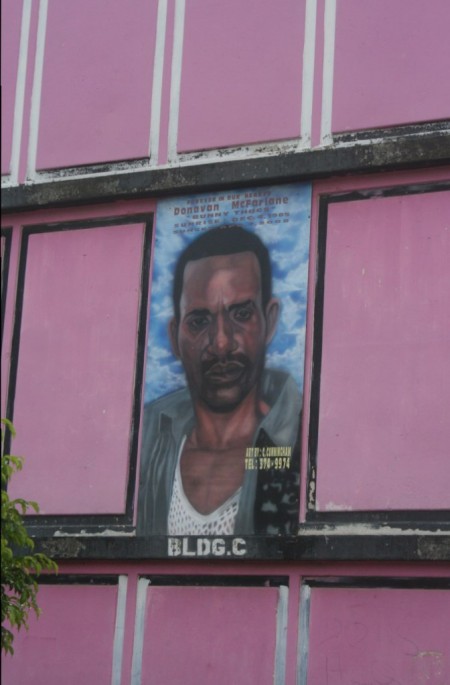 Here is a feature on Cleaver Cunningham, one of the artists in the Anything with Nothing exhibition:

Based in Pembroke Hall, off Washington Boulevard, Cunningham paints memorial murals largely using airbrush. The portraits often include images of status objects owned or desired by the subjects of the murals. For the exhibition he is painting a number of car bonnets, with images including Miss Lou, Ananda Dean and an elderly woman. 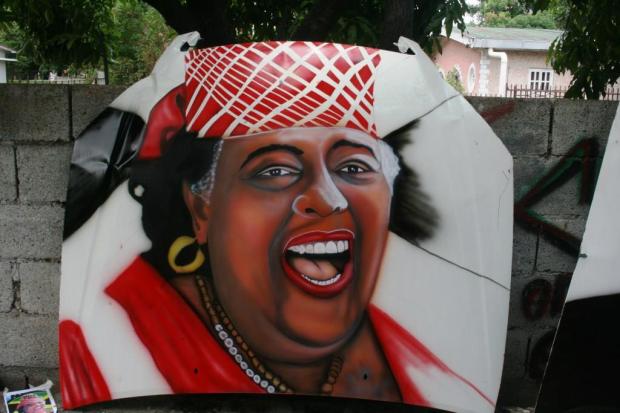 He had the following to say:

“…been doing murals from I understand myself – ‘bout 14 – meaning I understand wrong from right. I had an uncle who was an artist that I followed up and down – I wash out the paint brush but I never really get to touch nothing. So him fly out and gone ah foreign so I decide to try it out and it work out myself. He was a paint brush artist. I ended up follow my girlfriend one day to go to a hair salon and I see an airbrush magazine, so from there I fall in love with it. I had an aunt in America and I begged her two airbrushes but when I got the airbrushes I didn’t know it worked with a compressor. So I was youth that loved to do the little stunts on the bicycle so I asked my mother for a compressor but it was too dear so I ended up having to sell the stunt bicycle and buy the compressor…”