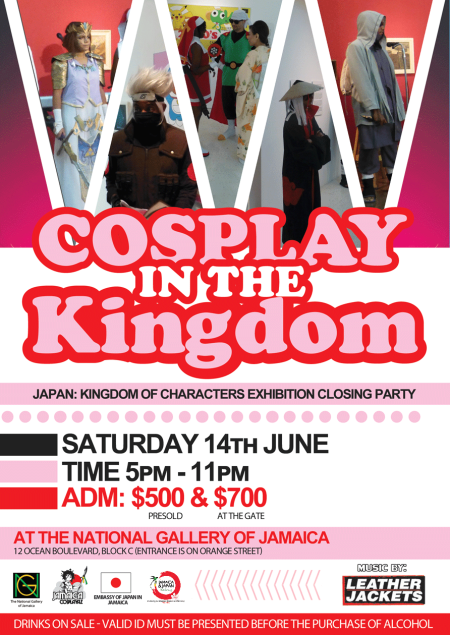 Cosplay in the Kingdom, a costume party celebrating the influence of Japanese Anime and Manga in Jamaica, will take place on Saturday, June 14 at the National Gallery of Jamaica. The party is a closing event for the successful Japan: Kingdom of Characters exhibition, in association with the Embassy of Japan and JA Cosplayaz.

The event will run from 5 pm to 11 pm, featuring music by Leather Jacket. There will also be a costume pageant and prizes will be awarded for best costume. Tickets are available at the National Gallery, $500 pre-sold and $700 at the gate.

The Cosplay party will be the last chance to view the JAPAN: Kingdom of Characters exhibition showcasing Japan’s anime and manga character culture with life size models, videos and photography.