“Time to Breathe” by Maria Nepomuceno, an installation at the Museu de Arte Moderna

NGJ Senior Curator Nicole Smythe-Johnson recently attended the CIMAM conference in RIO. Here is her report on the experience.

Earlier this month, I had the opportunity to attend the CIMAM (International Committee for Museums and Collections of Modern Art) annual conference in Rio de Janeiro, Brazil. The conference theme was “New Dynamics in Museums: Curator, Artwork, Public, Governance” and discussions focused on the continued viability of museums and arts institutions in a climate of rapid change.

The participants were a diverse group, with people from all over the world working in the field of modern and contemporary art in various capacities. There were museum directors, curators (independent and institution-affiliated), and representatives from artist-run and emerging spaces across the globe. Professionals from places like the Tate Modern and MoMA, mingled and debated with those from places like the National Gallery of Zimbabwe and TEOR/éTica (an independent, non-profit art space in Costa Rica). 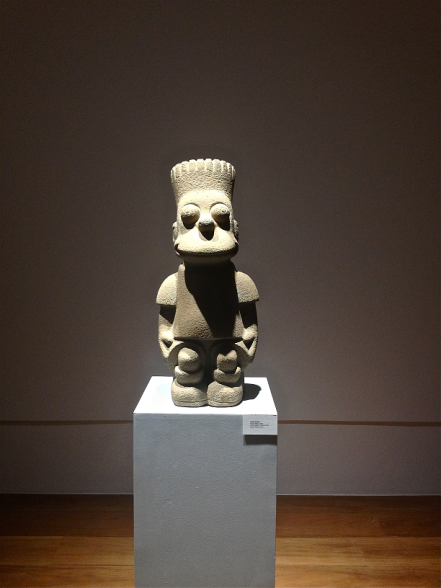 The diversity was helped along by the awarding of 25 travel grants, primarily to people from emerging economies. I won a generous grant from the Fundación Cisneros/Colección Patricia Phelps de Cisneros that covered my travel costs, accommodation, registration for the conference and CIMAM membership fees. I strongly encourage other curators and arts professionals from the region to take advantage of this programme in the future. The Fundación Cisneros grant in particular focuses on professionals from Central America and the Caribbean in the first ten years of their career, but there were also people who came on grants from the Getty Foundation, the British Council, Saha Association (Turkey) and Fundación Botín (Spain).

The workshops, speakers and panels explored many aspects of the new dynamics between art institutions and their contexts. We looked at the changing status of art- Tania Bruguera’s aest-ethics, arte de conducta (Conduct/Behaviour Art) and arte útil (Useful Art) were especially instructive here- and changes to the curatorial profession and museum governance. Stephen Wright, art writer and professor of the Practice of Theory at the European School of Visual Arts, gave a strong presentation arguing for a re-envisioning of the museum and art around ”user-ship”, as opposed to spectatorship.

I also found some surprising resonances between my experiences in Jamaica and that of institutions half-way across the world. Zoe Butt’s (Executive Director and Curator at Sàn Art in Ho Chi Minh, Vietnam) presentation on the balance between appealing to a public that can be very conservative, and maintaining the art institution’s position as a space for critical engagement, is certainly relevant to Jamaica. I also found her invocation of “critical regionalism” as a response to the threats posed by globalisation very convincing. Another point of interest was the idea of the museum as a collector of relations, rather than objects. This was a concept that a number of participants and presenters seemed to be exploring. 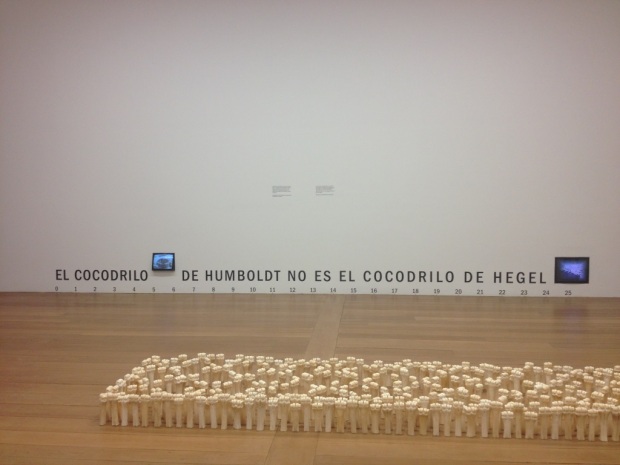 The conference also brought that absurd gulf between the English-speaking and non-English speaking Americas into sharp relief. How did I not know that Colombia had such a vibrant art scene? Or that Brazil had museums to rival those I’ve seen in North America and Europe? As part of the programme, we made visits to a number of very well-appointed spaces. The recently opened Museu de Arte do Rio (MAR) and Casa Daros’ excellent exhibition of Colombian artists Cantos Cuentos Colombianos were high points for me.

It would be impossible to do all of the proceedings justice in the few hundred words I have here. Luckily, papers from the conference will be available online sometime soon. In lieu of a more detailed report, I thought I’d share my experience of one event that I think really sums up the salient issues.

On day two, there was a panel discussion called “Museum is the World”. This panel consisted of four people working in Rio de Janeiro’s cultural/political scene: Ivana Bentes, Marcus Faustini, Lia Rodrigues and Jailson de Souza. None of them were museum professionals. They were educators, writers and artists seeking to improve their society via the arts. The presentations were interesting. I found Marcus Faustini’s methodology for working with inner-city youth- encouraging them to create maps and inventories of their communities, as a demonstration of social agency and a creative prompt- especially thought provoking. The really interesting thing though, is that this session was the only one conducted almost completely in Portuguese.

Now the conference was in Brazil, so the use of Portuguese is to be expected. I certainly anticipated a multilingual event, but to my surprise the conference proceedings were exclusively in English and there were no interpreters. Apparently, this is standard for CIMAM conferences. Before the session began, the moderator Luiz Camillo Osorio (Chief Curator at Museu de Arte Moderna do Rio de Janeiro, the hosting institution) rather sheepishly explained that there had been a “mis-communication” (chuckle, chuckle) and so the panelists had not come prepared to present in English. As a result, he’d recruited a bi-lingual attendee to provide informal translation services. That poor woman.

For the next hour or so she struggled to keep up with the rapid speech of the passionate panelists. She did the best she could, but it was clear that she could not do justice to all that was being said. There we all were, observing a panel designed to give us a “sense of the local context”, able to make out only pale outlines. It was frustrating. I could tell by the presenters’ body language, by the chuckles and sighs from the Portuguese-speaking audience members, and the vague summaries from our impromptu translator that the discussion was interesting. Still, for me, there was no way in, no way to grasp “the local context” existing outside of the bi-lingual bubble of officialdom. I did understand very clearly however when one panelist mentioned that many people working in the arts in Brazil could not take part in the conference because they did not speak English. When the moderator invited questions, the participants sat mute for the first time since proceedings began. I asked a question, seeking clarification on something the translator had hinted at, but even that didn’t help really.

Later, in a workshop on art institutions and knowledge dissemination I wondered if my experience of the “Museum is the World” panel did not give me the best possible sense of the real challenge in envisioning museums (as we now know them) as media for disseminating knowledge. Perhaps this problem of language is the crux of the “new dynamics” that the conference theme references.

When museum professionals speak of “laymen” or “the uninitiated”, when we ponder ways to bring the world into the museum and have the museum reach out to the world, we are really dealing with a language difference. We are attempting to translate the privileged discourse of art history, into that of “the real”, as Tania Bruguera put it. The contemporary museum, especially in emerging economies like ours, is constantly negotiating this contradiction. On one hand, we embrace Kant’s “purposeless purpose” and “distinterested spectatorship”- which Stephen Wright argues are the foundations of the modern museum. On the other, there is a genuine need to demonstrate the purpose of the museum in the “real world”, where disinterest is a luxury few can afford.

Language confers privilege, no one knows that more than Jamaicans. And it can separate as much as it connects. The “Museum is the World” panel re-configured the playing field, rejecting the langauge CIMAM had privileged, and insisting on speaking of their context in their language. Thereby making visible the exclusion that “proceedings in English” entails. It was very appropriate, form reflecting content, as the result was to make a bunch of museum professionals feel much the way “laymen” may feel when they encounter the museum, and the more esoteric strains of contemporary art. I’ve seen it here at NGJ. It’s that look people get when they aren’t quite sure what they should do, standing in front of some painting that doesn’t look like anything they know. The conference attendees’ inability to engage the panelists was much like our visitors, who refuse to ask a question or offer an opinion, shyly admitting that they “don’t know about art”.

For us, the question then becomes, and has been for some time: how can the museum “disseminate knowledge” to anyone besides “the initiated”, and avoid merely “preaching to the converted”, when it doesn’t speak the language? As one workshop participant suggested, should we think more or mediating knowledge, rather than disseminating it? What would that look like? In places like Jamaica and Vietnam and Zimbabwe so few speak the museum’s language and so few care to learn. What would the museum learning the language of its environs mean? Would it mean no more museum? Can the museum adjust while staying true to its time-honoured foundations? Is it even important to stay true to time-honoured foundations? These questions lurked in the background of all our discussions.

As a result, the conference ended up being three days of a group of professionals seriously contemplating the possibility of their coming obsolescence. Nonetheless, the mood remained excited and hopeful with so many proposals for transformation and experimentation forthcoming. I am also very heartened by CIMAM’s brave engagement of the issues, it really helped me understand the organisation as one that was growing and changing with the times, seeking ways to be more inclusive, rigorous and effective. I look forward to continuing to participate in this on-going conversation with colleagues from across the globe and I invite others from the region to join in.

5 thoughts on “The Museum and the World: A Review of the 2013 CIMAM Annual Conference”