New Roots: 10 Emerging Artists opened at the NGJ on July 28 and continues until September 30. Here is the first of a series of reflections on the exhibition contributed by Senior Curator Nicole Smythe-Johnson. 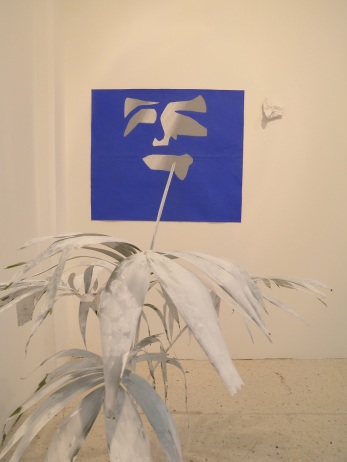 Art is a game between all people of all periods.

Generally, society has quite fixed notions of who an artist is and what the process of making art is like. We imagine the solitary artist, blessed with super-human talent, spends his/her time engrossed in existential angst and strange pre-occupations, only to bring forth a manifestation of virtuosic mastery- a small slice of beauty, or truth, or “what it means to be human”. We talk about the “artistic temperament”, “artistic license” and “the starving artist”. Yet, any one who is paying attention to developments in local and international fine art circles must admit that these concepts are being challenged.

We live in a world where Sol LeWitt’s Wall Drawing #1268, currently on display at the Albright-Knox Art Gallery in Buffalo New York, was executed three years after the artist’s death in 2007. The notoriously well-paid Jeff Koons has a veritable factory of over 130 assistants. Painter Angela de la Cruz, who suffered a debilitating stroke, relies entirely on assistants to execute her works but that didn’t stop her from being nominated for the prestigious Turner Prize in 2011. Even younger artists are utilising assistants. Emerging artist Alexander Gorlizki, whose work has been displayed at the Victoria & Albert Museum in London and Toronto’s Royal Ontario Museum, has his $10,000 USD paintings done by seven artists in Jaipur, India. According to Gorlizki, this form of artistic practice is liberating, freeing him from the requirement of “technical proficiency”[1]. 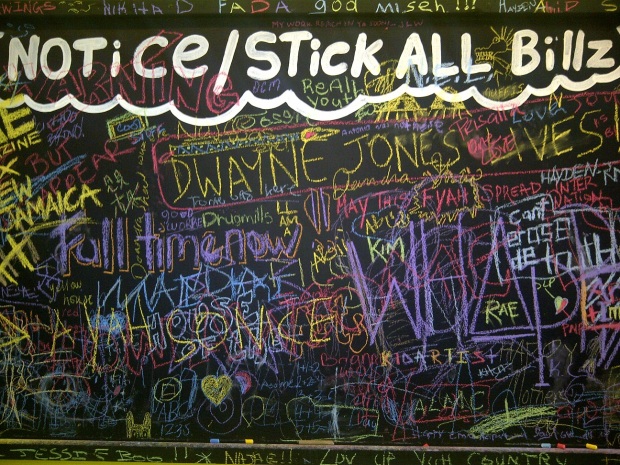 Detail of Matthew McCarthy’s interactive notice board as at August 8, 2013

One might be tempted to view these as isolated instances but I assure you they are not. I could name hundreds more contemporary artists with similar approaches, and its not just abroad either. In NGJ’s very own New Roots, Matthew McCarthy’s Put Dis On Page 2, though conceived by McCarthy individually, was done with the support of a team of more than twenty people. Similarly, Olivia McGilchrist’s Native Girl was credited (on McGilchrist’s request) to an additional six people. In NGJ’s permanent collection, Ebony G. Patterson’s Di Real Bad Man (2010), a wall-sized tapestry, was designed by the artist but done by a commercial weaver. And Matthew McCarthy and Deborah Anzinger’s installations in New Roots both have interactive components to which the public is invited to contribute.

A little perspective may be in order. As Alexander Sturgis points out in his 2006 book Rebels and Martyrs, the idea of the ”mythical artist, heroic and rebellious, isolated and suffering” is actually relatively recent in the history of art. Many of art’s most well-known and beloved figures such as Michelangelo, Rafael and Rembrandt used assistants to help them meet the demands of their patrons and earn more by producing more work. The guild system of organising artistic labour, whereby younger artists acted as apprentices, assisting and learning from older, more established artists was standard in Europe for centuries and spawned many of history’s greats including Leonardo da Vinci, William Blake and Velázquez.

It was not until the late 18th century that the use of assistants fell out of favour, largely as a result of the high value placed on individuality by the Romantics and later the French Impressionists. Artists were expected to be pouring forth their own unique perspective, utilising their own one-of-a-kind talent. The idea of the artist merely instructing someone else to do the pouring is less romantic (in every sense of the word) but is it a problem?

It remains hotly debated. With the increasing prominence of new media, the reality of more than one hand going into the production of artwork is gaining acceptance. Not withstanding auteur theory, it has long been accepted that film is a collaborative craft including actors, camera-men, costume and set designers, as well as the director and producer; hence Nile Saulter’s shout out to all those who gave him “a strong” in the credits of Pillowman. The increasing technical complexity of installation work also often requires assistants. McGilchrist’s Native Girl and Patterson’s The Observation (Bush Cockerel) — A fictitious History (2012) with their ambitious multi-channel video presentations simply could not have been done without input from installation technicians and others. 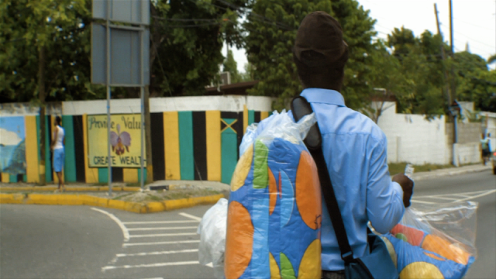 However, the matter becomes more complicated when we consider the more traditional forms – painting, sculpture etc. Some collectors flat-out refuse to purchase work that has not been done by the hand of the artist whose name it bears. And though many galleries have no problem with the use of assistants, two years ago Pace (a major New York gallery) rejected several works by 84-year-old sculptor, John Chamberlain because they were made by a Belgian fabricator under Mr. Chamberlain’s supervision, rather than by Chamberlain himself. Mr. Chamberlain, whose work often sells for upwards of $1 million USD simply switched galleries.

Whatever side you choose in the debate, the fact is that these not-so-new forms of collaborative art-making are here and growing. It may be less romantic, it may go against our assumptions but it also helps artists to produce more and therefore earn more. Additionally, it provides opportunities for young artists to learn from more established colleagues, as the young da Vinci learned at the feet of Verrocchio. Most importantly, for this writer anyway, it forces us to challenge our preconceptions of who an artist is and make space for broader, more inclusive definitions.

In the contemporary moment, this expansion is more necessary than ever because the truth is, it’s not just the use of assistants that’s changing the face of artistic production. If we consider New Roots alone, we are forced to agree with the NGJ’s Executive Director, Veerle Poupeye who quipped “We’re not in Kansas anymore” after reviewing the New Roots submissions. Astro Saulter overcomes almost complete paralysis using a computer he operates with a head switch on the back of his wheelchair and a plethora of high tech applications such as E-Z Keys, Macromedia Freehand and Inkscape to sketch and colour his works. The Girl and the Magpie’s sculptural jewellery draws heavily on found items from Jamaica’s physical environment. Similarly, Deborah Anzinger’s installation incorporates both found items (corrugated zinc, living plants, electrical wire) and found images (most notably a still from a music video by Major Lazer, a group themselves associated with sampling and re-working). Varun Baker willingly sacrifices his artistic autonomy, in favour of collaboration with his subject Joshua Brown. Suddenly, the “artistic temperament” looks a lot less solitary and brooding.

These artists open the door to all kinds of questions; what value do we place on conceptual work, technical proficiency, ability, talent? Who is the real author of a work of art? How much artistic input is required to make something an art work? Wait… what is artistic input anyway? What is artistic? Already I’m exhausted, and I’ve only just begun. It’s no wonder whole artistic movements have hinged on these questions, Fluxus lives.

Again we might be tempted to write off New Roots as an anomaly, but again we cannot. Consider for a moment Hans Ulrich Obrist’s do it, an exhibition that has been “in progress” for the last twenty years. That alone should raise some eyebrows. The wildly successful do it is based entirely on artists’ written instructions that are then re-interpreted by the curatorial teams of the various galleries that have hosted versions of the exhibition. Thus, in do it the work credited to an artist was never touched, sometimes never even seen by the artists. The exhibition has been featured in at least 50 different locations worldwide, yet no two shows are the same since no two interpretations are the same. Again, there are those troublesome questions. Are the included works really by Yoko Ono and Marina Abramovich and Christian Marclay? Or by the curatorial teams? Who knows? I suspect that’s the point. I’m on my second wind. 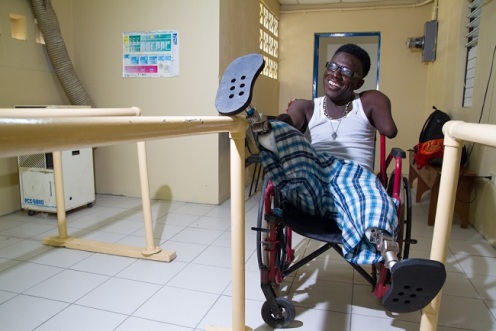 And as for ”talent”, some thinkers such as sociologist Malcolm Gladwell insist that talent is not nearly as important in predicting success and mastery as effective systems, long hours and dedication. According to his research, it takes 10,000 hours (among other things) to develop mastery, regardless of IQ or other congenital head-starts. So what seems simple – “Oh my, what talent!” – is in fact very complicated. It’s confusing, but also heartening. This may very well be the beginnings of a new art world, and world, where collaboration, creative innovation and hard work supersede virtuosity, the luxury of definition and dominion of the individual. Maybe…

4 thoughts on “New Roots: Some Thoughts on The Artist as Author”