The National Gallery is partnering with the Kingston on the Edge urban arts festival in presenting its Last Sundays programme on June 30.

As has now become customary every last Sunday of the month, the Gallery will be open to the public from 11 am to 4 pm, with free admission and free tours and children’s activities. The special programming on June 30 will have two special features: a dance performance by Neila Ebanks titled Becoming: The Body Remembers and Breaks the Silence, which starts at 1:30 pm, followed by the Jamaican feature film Countryman (1982), which starts at 2 pm. June 30 is also the closing day of the current Natural Histories exhibition, which explores natural history themes and tropes in Jamaican art from the 17th century to the present.

The dance performance Becoming: The Body Remembers and Breaks the Silence is the product of the collaboration between Oniel Pryce, who choreographed the piece, and dance performer Neila Ebanks. Becoming premiered earlier this year at the Tobago Contemporary Dance Festival and charts a challenging journey from brokenness to wholeness, placing focus on one’s ability to “put oneself back together again” after collapse. Ebanks and Pryce are highly acclaimed and innovative Jamaican dancers and choreographers and both lecture at the Edna Manley College, School of Dance. 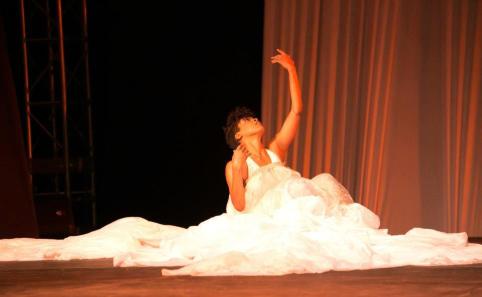 Countryman (1982) is an independent Jamaican action/adventure film directed by Richard  “Dickie” Jobson and a cult classic. It tells the story of a Jamaican fisherman who rescues a young American couple from the wreckage of a plane crash in a remote area. In doing so, the fisherman Countryman (an actual, well-known personality in the Hellshire community), has to battle corrupt local authorities who are fabricating a story about the plane’s role in drug and arms smuggling by the CIA to gain popularity in an upcoming election. Countryman, the ultimate “natural mystic”, uses his knowledge of the terrain, herbs and plants, and his innate combat skills to survive, thus acting much like the historical Maroons. The film director, Dickie Jobson worked for several years with Island Records, living in London where he helped promote the company’s artistes, including reggae singer Bob Marley, and was working on a sequel to Countryman at the time of his death in 2008. The film was selected for screening on June 30 because of its resonance with the themes of the Natural Histories exhibition.

The dance performance and the film are also offered free of cost but seating for the film is limited and will be dealt with on a “first come, first served basis”. The National Gallery’s gift and coffee shop will be open and contributions to our donations box are welcomed and contribute to our exhibitions and programmes. More information on the 2013 KOTE programme can be found at: http://www.kingstonontheedge.org/.