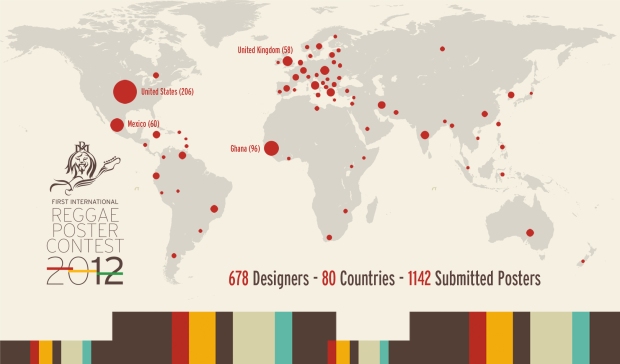 The National Gallery of Jamaica is pleased to announce its upcoming exhibition, World-A-Reggae: The 100 Best Entries from the First International Reggae Poster Contest, which will open to the public on Sunday, September 30 at 11 am.

Established and organized by the Jamaican, US-based poster artist Michael Thompson and the Greek poster artist Maria Papaefstathiou, the First International Reggae Poster Contest was launched in December 2011, on the theme “Towards a Reggae Hall of Fame: Celebrating Great Jamaican Music”, and the call for entries was circulated globally, mainly by means of social media. By the deadline for entries in April 2012, the organizers had received a total of 1142 entries by 678 designers from 80 countries, on themes inspired by, and in tribute to, Jamaican music.

The enthusiastic response to the First International Reggae Poster Contest illustrates the global reach and influence of Jamaican culture and was arguably one of the most eloquent cultural tributes Jamaica could have received on the occasion of Jamaica 50. The National Gallery therefore decided to host an exhibition of the 100 best entries from the contest, which will be shown along with a select number of contributed posters on the same subject, Reggae, from the jury members. The exhibition, titled World-A-Reggae in keeping with the spirit of the contest, will allow viewers to reflect on the visual culture of Reggae and the manner in which it has been interpreted in different parts of the world. It will also expose viewers to the art of the poster, a field in which art, graphic design and social activism meet and which has played a major role in social and cultural development globally since the early 20th century. 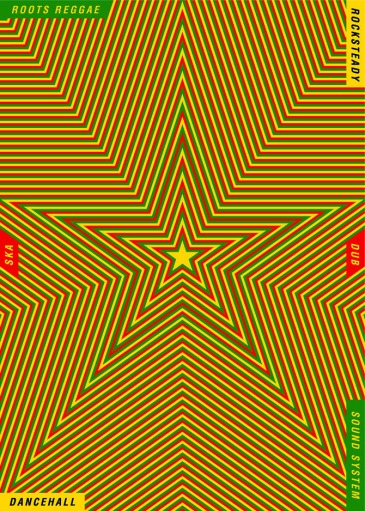 Professor Carolyn Cooper will be the guest speaker at the opening of the World-A-Reggae: exhibition on September 30, and the First International Reggae Poster Contest organizers Michael Thompson and Maria Papaefstathiou will be in attendance, along with the contest’s first place winner Alon Braier, a young graphic designer and illustrator from Israel. Mr Braier’s visit to Jamaica is generously funded by the Israeli Government. The Alpha Boys Band will perform at the function. The National Gallery will be open until 4 pm on September 30, which will also serve as this month’s edition of its new Sunday opening programme.

The exhibition will be accompanied by an education programme, which will be announced separately. After the closure of the exhibition, the organizers will auction the posters to benefit the Alpha Boys School, in tribute to the school’s foundational role in the development of Jamaican music.