The National Gallery of Jamaica is pleased to announce the opening of the inaugural exhibition of the Guy McIntosh Donation, on Sunday, April 10, 2011 at 11 am. The exhibition will feature a group of more than 80 works of art by Jamaican and other artists recently donated to the National Gallery by the noted art dealer and collector, Guy McIntosh, who is the operator of the Frame Centre Gallery. The Guy McIntosh Donation exhibition will be declared open by Cultural Heritage Specialist and Editor of Arts Jamaica, Margaret Bernal. 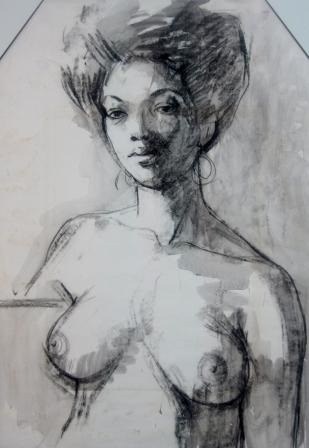 Guy McIntosh started framing art in the 1960s and worked closely with leading artists and collectors of that time, such as A.D. Scott, Barrington Watson and Karl Parboosingh. By the mid 1980s, his Frame Centre Gallery had become one of those spaces were the course of contemporary Jamaican art was being plotted, by means of the artists who exhibited and gathered there and the patrons who supported their work, all guided by the innovative vision of Mr  McIntosh and his then gallery curator, Margaret Bernal. Mr McIntosh also became a major collector who acquired a comprehensive collection of work by modern and contemporary artists such as Milton George, Omari Ra, Barrington Watson, Milton Harley, Kofi Kayiga, Carol Crichton, Cecil Cooper, Fitz Harrack, Stanford Watson, David Boxer, Netifnet Maat and Byron Bowden, who are all well represented in the Guy McIntosh Donation.

The National Gallery’s Executive Director, Veerle Poupeye has expressed gratitude at Mr McIntosh’s donation which is, in her words “not only a very generous donation of an excellent collection of Jamaican art but a slice of Jamaican art history itself.” She added that Mr McIntosh’s donation to the National Collection includes work by major artists who were, until now, numerically underrepresented in the National Gallery’s holdings and pointed out that it includes 23 paintings and works on paper by Milton George and 11 mixed media works on paper by Omari Ra.

The Guy McIntosh Donation will be on view until Saturday, June 25. A catalogue will be published and available for sale in the National Gallery’s gift shop. 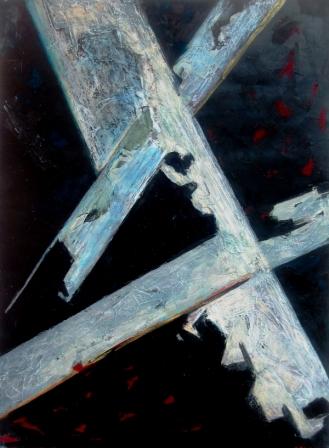